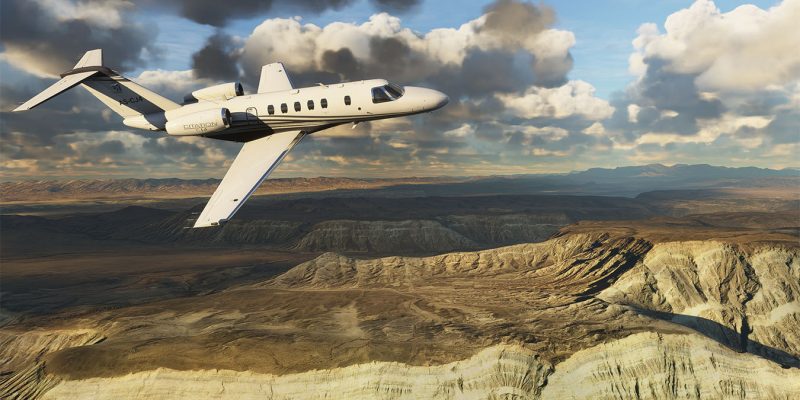 Microsoft Flight Simulator has a release date, and it’s coming sooner than most of us expected on August 18. Three separate editions are launching with the Standard ($59.99) coming to Xbox Game Pass at launch. A Deluxe and Premium edition with higher price points offer more aircraft and airports in each version. Here are a couple of screenshots breaking down the three versions.

Now, if you haven’t been keeping up with all the news around Microsoft Flight Simulator, you’re probably thinking ‘what the hell’ on the extra airports in the other editions. Is O’Hare International Airport only in the Deluxe and Premium editions of the game? No, you can land there in the standard edition too. But, the hand-crafted version of it will only be available in the two more expensive versions.

In February, the devs of Microsoft Flight Simulator released a video explaining how airports are created for the game. The gist is there will be over 37,000 airports when it launches in August. The vast majority of these were created based on satellite images. The runways will look like they do in real life, but other details like terminals won’t see the same attention to detail.

But the devs did narrow down a list of airports they wanted to give some extra love too. These airports will be incredibly detailed from the runway to the terminals and everything in between.

Here are a couple of screenshots from the video back in February.

The first airport is in Alice Springs, Australia, and it looks decent for a standard airport. But you can see the huge bump in detail at the airport in Rio De Janeiro, Brazil.

Every player can land at every airport. But for 5-10 airports (out of 37,000+), the visual detail will differ depending on the edition you own.

Here’s a cool video showing how far the airport visuals have come since Flight Simulator X. There’s a mixture of hand-crafted and standard airports throughout the video.

A closed beta is expected to go live on July 30 so make sure you’re signed up if you can’t wait a few more weeks after that for the game to officially launch.