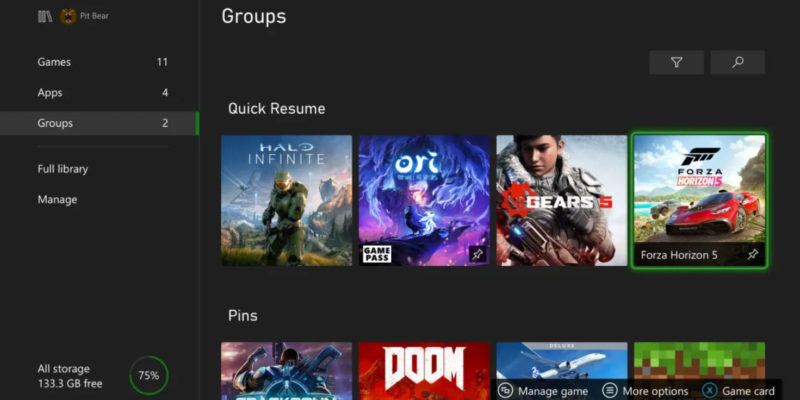 Xbox’s new March update expands on the Quick Resume feature launched alongside the Xbox Series X|S. It’s the feature that lets you load right back into a game exactly where you left off. Super handy for when you’re juggling multiple games.

Before, you couldn’t control when a game might get booted from Quick Resume when firing up a new game. A new ‘Pin to Quick Resume’ lets you pick two games that will always use Quick Resume unless you manually remove them or if a game requires an update.

Quick Resume is a godsend for more single-player-focused games. Multiplayer games tend to have some hiccups with the feature. I know Halo Infinite’s multiplayer playlists take a minute to connect when launching again via Quick Resume. There’s also a bug where if you have 120 fps enabled and performance mode enabled, it will revert to 60 fps, and only a complete restart of the game will fix it. I’ve gotten into the habit of force quitting the game every time I’m done.

It wouldn’t hurt to give us an option to select games to exclude from Quick Resume for the games it doesn’t play nice with.

If the update doesn’t happen automatically, you can manually get it started by going to Settings – System – Updates to check for the latest update.

This month’s update also includes Share Button remapping. If you’re not using it to save clips, you can opt for other actions such as muting your TV or opening your friends list, and more. Unfortunately, there doesn’t appear to be an option to mute your mic using the Share Button.