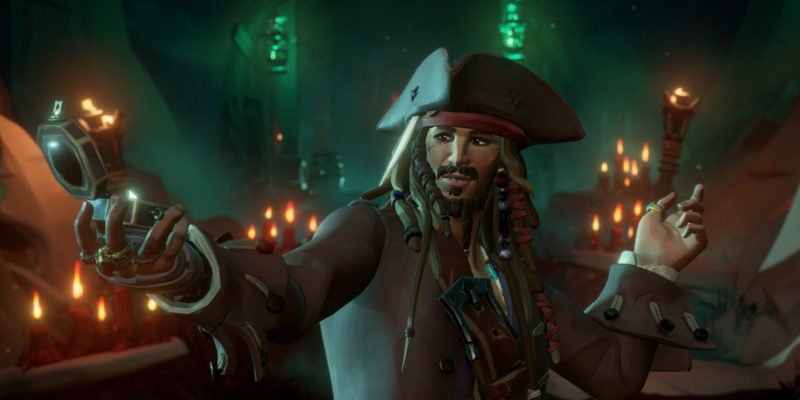 Sea of Thieves saw its highest monthly player count since its launch more than two years ago. What drove the surge in popularity? Rare’s fantastic take on the pirate life teamed up with Pirates of the Caribbean’s Jack Sparrow for an original story set across five tales. The free expansion, Sea of Thieves: A Pirate’s Life, saw 4.8 million active players last month.

This isn’t a one-off spike either. In February, executive producer Joe Neate said that January saw its highest monthly active user numbers ever (before today’s news). The game also saw its highest peak concurrent numbers since around the Sea of Thieves launch.

These numbers continue to solidify Sea of Thieves as one of Xbox’s most important franchises.

Creative Director Mike Chapman says the team is “more inspired, more passionate, more enthusiastic than ever to keep building out and enriching this experience. There’s so much more creative potential in Sea of Thieves, and there’s so many more adventures to share, and we can’t wait to share them with you.”

Sea of Thieves: A Pirate’s Life is still fresh, but we may get a sneak peek at what these next adventures are during Xbox’s Gamescom 2021 stream on August 24 at 10 am PT.

You’ll get in-depth updates from some of our previously announced Xbox Game Studios titles alongside some of our third-party partners, including some of the incredible titles coming to Xbox this holiday, upcoming releases to our monthly subscription service, Xbox Game Pass, and much more.

It sounds like a focus on newer titles, but we tend to hear about a publisher’s strongest games during these events as well.