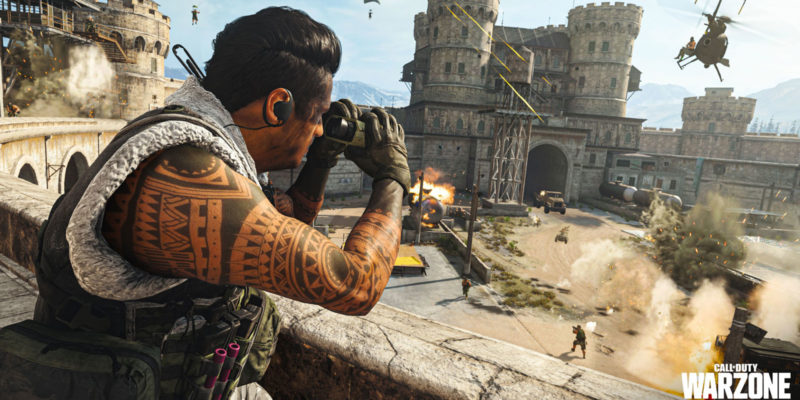 The days of an Activision exec setting the stage for how the next Call of Duty will revolutionize the franchise are over. Instead, millions will jump into Warzone to see the worldwide reveal for Call of Duty: Vanguard. And thanks to a PlayStation ad, we now have official confirmation on the date – August 18 at 10:30 am.

We’ve already seen teasers for the WWII-themed Call of Duty Vanguard appearing at the end of Warzone matches.

While official info on Vanguard is hard to come by, we do have reports from reputable websites telling us what to expect. VGC reports the game will include all the usual things we’ve come to expect from the franchise: campaign, multiplayer, zombies, and a new Warzone map.

VGC describes this new Warzone map as “the series’ largest and most ambitious to date – this time planned to coincide with the release of the game rather than arriving months later.”

We’ve also heard a much-needed anti-cheat system is in the works. Many in the community (streamers and players) have been hammering home the need for a robust anti-cheat solution. And while we’ve seen streamers take a break (20% decline in hours watched and average viewers over the past 30 days), Warzone still ranks as the #1 most played game on Xbox (ahead of Fortnite and GTA V).

There’s no denying that Sledgehammer Games needs to knock it out of the park with the Vanguard reveal. Interest in Battlefield and Halo are incredibly high this year. But both of those franchises have been gunning for Call of Duty ever since the franchise propelled itself atop the console shooter genre with the 2007 release of Call of Duty: Modern Warfare.

We’ll see if Vanguard can deliver another great Call of Duty. Last year’s Cold War wasn’t a bad game, but it was nowhere near the quality of 2019’s Modern Warfare.