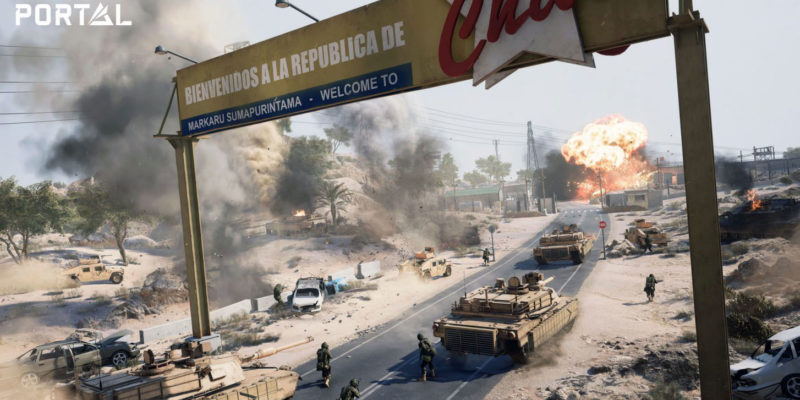 Game delays strike again this week with Battlefield 2042 bowing out of October and now set for a November 19 release date. EA DICE’s Oskar Gabrielson announced the news this afternoon. He cited the ongoing challenges of the global pandemic as the reason for the short delay:

“Building the next generation of Battlefield during a global pandemic has created unforeseen challenges for our development teams. Given the scale and scope of the game, we had hoped our teams would be back in our studios together as we move towards launch. With the ongoing conditions not allowing that to happen safely, and with all the hard work the teams are doing from home, we feel it is important to take the extra time to deliver on the vision of Battlefield 2042 for our players.”

The delay isn’t too significant, so now the question is, when is Battlefield 2042’s open beta? Gabrielson said the team would have updates on that later this month. With two weeks left this month, “updates” doesn’t sound like open beta will make its previously announced September date. But we shall see.

The November 19 release date potentially puts Battlefield 2042 in a tough spot. Before today, it was going to beat Call of Duty: Vanguard to the punch by a couple of weeks and Halo Infinite by more than a month. Now, it’s sandwiched between them both.

Plus, it’s feasible Battlefield 2042 will be launching right around the time Warzone and Vanguard come together. The new Warzone map is supposed to hit shortly after the launch of Vanguard. And with Warzone still the biggest Battle Royale out there despite its hacking/cheating problems, that’s going to inevitably steal a bunch of eyes from Battlefield 2042.

But these concerns are moot if DICE delivers. We’ll get a good idea if that will happen when we get our hands on the open beta.

The key for DICE is getting Battlefield 2042 out the door with relatively smooth servers. This can’t be another Battlefield 4 situation where servers were a cluster for months.