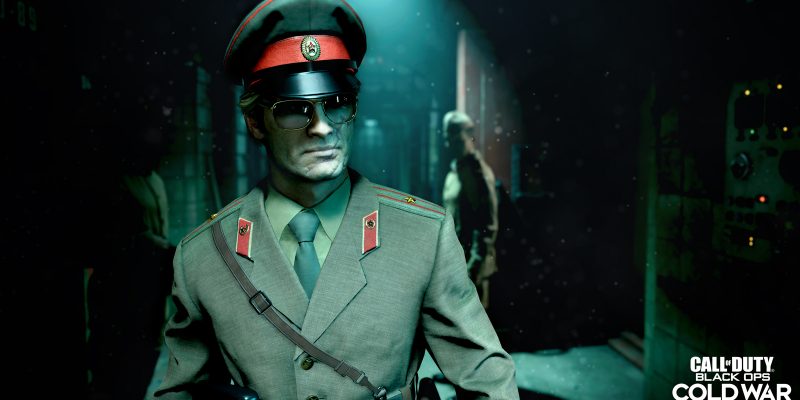 It took about three months longer than usual, but we are finally getting our first look at Call of Duty Black Ops: Cold War. Treyarch is returning to Black Ops’ roots with this one. Woods, Mason, and Hudson are back as they hunt a mysterious Russian operative codenamed Perseus. Here’s the trailer:

All the gameplay seen above was captured on PlayStation 5. The graphics aren’t mind-blowing next-gen stuff, but it looks great. The cross-gen season is nearly upon us, so incremental upgrades are to be expected. Plus, Call of Duty has never been known as a graphical powerhouse.

Treyarch is delivering the full Call of Duty experience this go around. They’re not skimping on story. What we saw today looks like more of the good stuff from Black Ops 1 and 2. Sign me up for that all day.

As for multiplayer? The full reveal is coming on September 9, but we do get a glimpse at the end of the trailer that looks a lot like large-scale multiplayer mode. Is this Warzone? Or, maybe Treyarch is bringing Modern Warfare’s Ground War back too?

I could go either way, but I’m leaning towards Ground War. I don’t know how you would balance a chopper gunner in Warzone. At least in Ground War, you can spawn right back up with a rocket launcher and take it down.

If this is Ground War, please show flesh out the mode more. I’ve been missing my large-scale multiplayer fix since Battlefield 4. Hook us up, Treyarch.

Today’s reveal also included some other significant pieces of news I’ll cover in another article. But here are the bullet points. Activision’s push towards more digital sales intensifies as beta access is locked behind a digital copy.

Activision is also increasing the prices of next-gen games (PS5 and Xbox Series X) to $69.99. Also, it appears that physical Xbox One copies of Cold War cannot be upgraded to Xbox Series X.

Activision put together a messy FAQ covering all the different cross-gen scenarios and the differences between digital/physical.