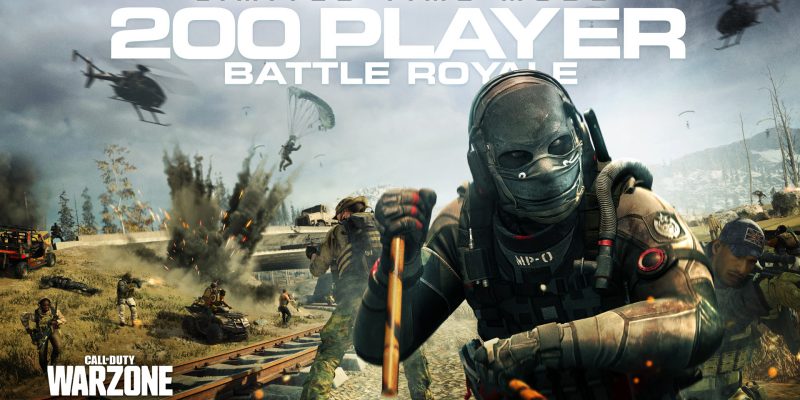 For a little while at least. Tonight, another hefty Modern Warfare update goes live bumping the Warzone player count to 200. A limited time mode brings 200 players split into 50 teams of four across the map.

The 200-player number shouldn’t come as too much of a surprise for anyone following Warzone’s launch. While we’ve been playing with 150 players since March, Infinity Ward’s Patrick Kelly, told USA Today they were already playing with 200 players and planned to launch the mode “a little bit later.” That “little bit later” turned out to be tonight.

Oh, and go ahead and turn on your system of choice at 11 pm PDT. Tonight’s update ranges between 22-36 GB for owners of the full version of Modern Warfare. Those of you on PS4 or Xbox One will need to install a secondary download of 3.5GB to access multiplayer modes. If you’re tired of your console being a Warzone machine, you can choose what portions of the game you have installed.

The special 200-player quads mode won’t be the only new way to play Warzone. A Juggernaut suit is also coming in the Juggernaut Royale mode. A single Juggernaut care package will be dropped on the map. Once the player who has it gets taken out, another one will fall from the sky.

The devs are also showing a little more love towards snipers and other players who like to take it slow. A new Spotter Scope lets you scan the horizon without giving your position away with a glinting scope. The blog post announcing tonight’s update says it’s a “re-usable scope” that lets you “mark enemies without being detected.”

Modern Warfare’s core multiplayer isn’t being forgotten in tonight’s update either. A new map (Cheshire Park) joins a new mode (Team Defender). Team Defender is a throwback mode that first appeared in Modern Warfare 3. Both teams fight for control over a single flag. Points are awarded every second the flag is held.

New cosmetic bundles along with a new sniper rifle are also coming alongside the latest update.

As for the next Call of Duty? It’s almost July, and we still haven’t seen an official reveal. We know it’s coming this year, and the rumor mill suggests it takes place during the Cold War.