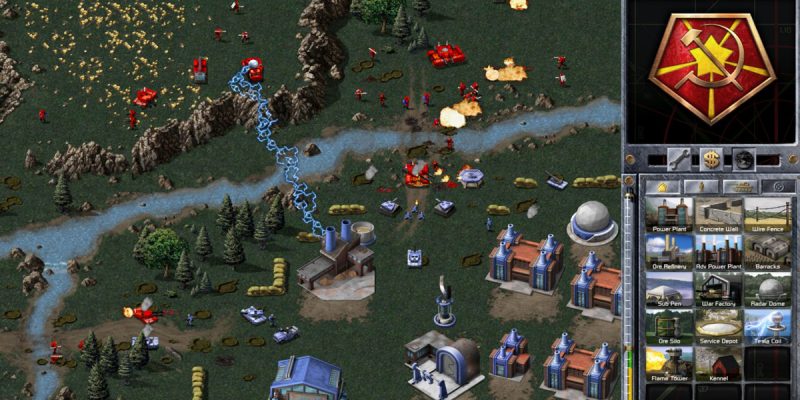 The good news keeps coming for the Command & Conquer faithful. Today, EA announced it will be releasing the TiberianDawn.dll and RedAlert.dll and making all the source code open source.

What does that mean exactly? Everything from maps and units to gameplay logic can be tinkered with. EA’s Jim Vessella helps us imagine what modders could potentially cook up.

“But to showcase a tangible example of what you can do with the software, Petroglyph has actually created a new modded unit to play with. So we asked a fun question – “What would the Brotherhood of Nod do if they captured the Mammoth Tank?”  Well, one guess is they’d replace the turret with a giant artillery cannon, and have it fire tactical nukes!  Thus, the Nuke Tank was born.”

And that isn’t a hypothetical. Here’s how it already looks in-game.

While the mod support is the big headline, and rightfully so, EA did say one feature won’t make the cut for launch – LAN support. Vessella explains the team had every intention of delivering LAN support at launch, but the coronavirus pandemic and the challenges it presented meant the feature couldn’t be tested properly as everyone worked from home. The good news is, the feature is a priority as the team shifts to post-launch support once the game launches on June 5.

As for how we’ll access all the mods? For the Steam version, Command & Conquer Remastered comes with support for Steam Workshop, so downloading maps and mods will be a breeze. On the Origin side of things, maps can still be downloaded via an in-game process, but mods will need to be installed manually.

Command & Conquer Remastered is shaping up to everything fans always wanted since it was first announced. If you haven’t been keeping up with it, check out the reveal trailer for a look at the gameplay. All the C&C we remember with upgraded graphics.