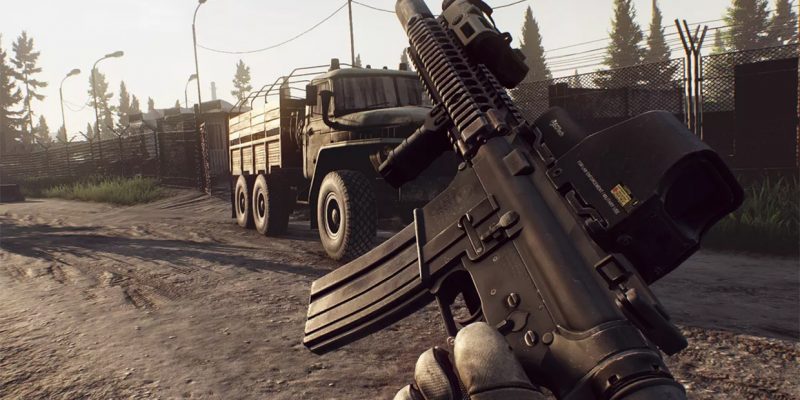 The Escape From Tarkov wipe is almost here. For many of us, including me, it’s going to be the first wipe since the game surged in popularity thanks to a Twitch drops event late last year.

Early tomorrow morning, Escape From Tarkov will go offline as the developer, Battlestate Games, updates the game with a beefy patch, and wipes all characters. That means everyone’s back at square one. All the money and gear in your inventory right now will be gone. All the leveled up skills will be reset.

To celebrate the early morning wipe, the developers kicked off a pre-wipe event last night. All the Scavs (AI players) became elite versions of themselves. Today, every piece of gear is super cheap. The final games on these characters will be filled with other players rocking the best guns and armor Escape from Tarkov has to offer.

When the game comes back online from tomorrow’s update, there’s going to be a whole host of changes, tweaks, and optimizations. The flea market is seeing some changes to help combat bots. The first pass of Steam Audio (which the developers hope helps sound and more specifically positional sound) is going live. Quest objectives and rewards are being tweaked. New weapon parts for the AR-15/M4. And, tons of bug fixes, optimizations, and AI tweaks.

Head over here to read the full patch notes.

It’ll be fun starting over. It gives me that feeling when a new Diablo season or Path of Exile League kicks off. Plus, I was running a little low on money. Ever since I heard the wipe was imminent, I threw caution to the wind and blew through most of my cash on building the best guns. And so did a lot of folks since every match of Shoreline felt like it was full of people running around with thermal sights on their guns.

Soon, I’ll be revisiting low-level Scav runs and the thrill that comes with extracting with a bunch of good loot. And the good ole pistol runs on Customs.

Escape From Tarkov has been my go-to multiplayer game since December’s Twitch event. I’m just crossing my fingers the servers don’t go back to the way they were when I first started playing.