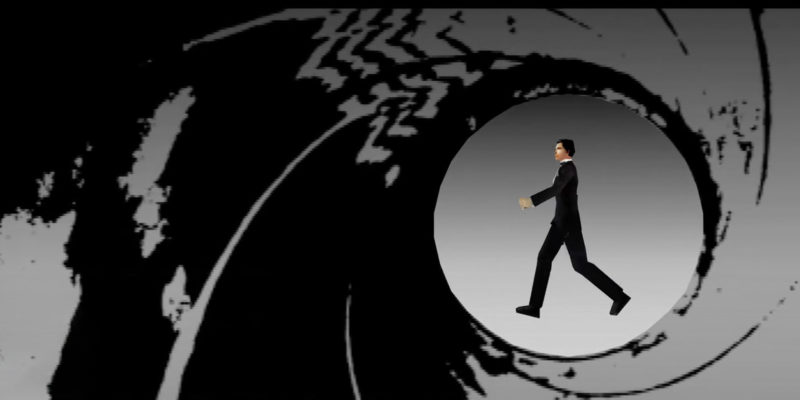 A re-release of the classic shooter, GoldenEye 007, was first announced last September. At the time, no release date was given. That changes today with an imminent release date of January 27.

A pair of trailers confirmed other features, including widescreen support and local split-screen multiplayer on Xbox.

Here’s the Nintendo Switch trailer with a mention of online multiplayer.

And the Xbox trailer only mentions split-screen multiplayer.

Why the lack of multiplayer on the Xbox version? Speculation points the finger at a rights issue with the game. That or it was part of the negotiating deal between Microsoft and Nintendo to re-release it.

The differences in gameplay features aren’t the only strange thing with this release. There doesn’t appear to be a way to purchase the re-release standalone. Here’s a blurb from the Nintendo Switch trailer description:

… the legendary game is coming to the Nintendo Switch Online + Expansion Pack members on 1/27.

And straight from Xbox:

GoldenEye 007 will be available on Xbox One and Xbox Series X|S as part of Xbox Game Pass. Additionally, players who own a digital copy of Rare Replay, the 30-game compilation of Rare games made to celebrate the studio’s 30th anniversary, will be able to download and enjoy the game free of charge.

So there are three ways to get your hands on the GoldenEye 007 re-release on Friday:

There appears to be lots of red tape to cut through for this re-release to get out the door.

Still, it’ll be worth it to play an all-time classic again. The lack of online multiplayer on Xbox’s side is a bummer, though.

But Xbox fans have more to look forward to today with deep dives into first-party games.