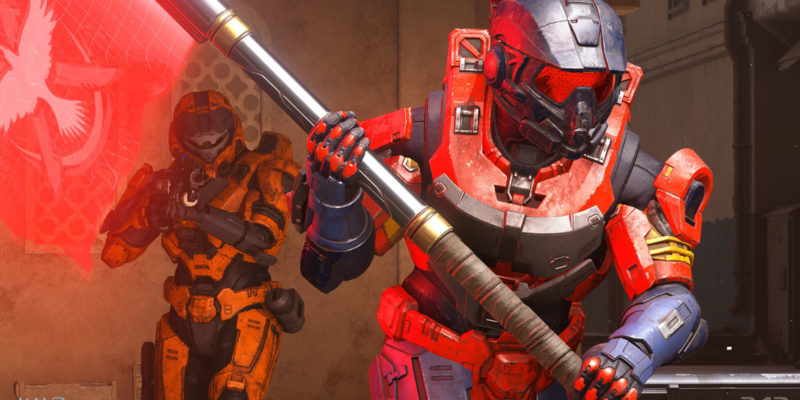 The first technical preview of Halo Infinite is live, and we’re all getting a feel for what 343 Industries is doing with multiplayer this go around. I won’t lie, I was hesitant about sprint returning.

Sprint is a bit contentious in the Halo community. Fans of the older games hate it, while folks who grew up playing shooters like Call of Duty don’t see the big deal. I lean towards ditching sprint.

343 Industries seems to have found a solution for both sides. The speed between sprinting and regular movement is damn near the same. Here’s a Twitter thread showing the slight difference.

I also noticed there isn’t much of a delay when firing while sprinting.

Ok, so why sprint then? The most significant feature tied to it is sliding. This appears to give you a short boost in speed, so it could be handy for pushing power weapons at the start.

Let’s break down how sprinting affects gameplay in Halo Infinite:

Sprinting does feel more like a situational feature right now, instead of a primary way of getting around the map. How sprinting works right now might end up completely different by the time Halo Infinite officially releases – but I like what 343 Industries is doing here.

By keeping the movement speed nearly identical between sprinting and not sprinting, it helps the map flow. There doesn’t need to be more wide-open spaces to accommodate the faster movement speed sprinting traditionally allows.

I still prefer no sprint, but if this is the solution 343 Industries settles on – I’m good with it. We’ll see how the community responds and how folks play over time once everyone starts realizing sprint isn’t much faster than regular movement. And, it makes you visible on radar. The way radar works right now is only shooting, and sprinting enemies show up.

How do the sprint/radar dynamics play out once the community is playing against each other instead of bots? That’ll be interesting to see and what changes (if any) 343 decides to make in response.

My first impression of Halo Infinite’s multiplayer is a good one. The way sprint works feels like a solid compromise between old-school Halo and new. A lot can change between now and launch, but 343 Industries is on the right track as far as movement speed goes.