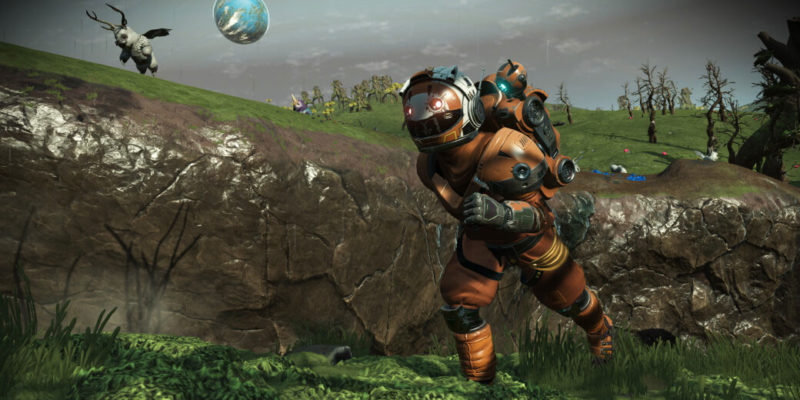 The No Man’s Sky turnaround story adds yet another new chapter today with a massive visual overhaul update going live. Everything from screen space reflections and volumetric lighting to DLSS (and a whole lot more) are now part of Hello Games’ sci-fi sandbox.

But the team didn’t add a few graphical effects and call it a day. Cave biomes see a huge upgrade with fungus and flora helping add more atmosphere to each new planet you explore.

The night sky also sees a big bump in quality with the variety and number of stars seen from the ground.

Oh, and the team also tossed in rideable flying creatures. Because why not. Here’s a trailer showing off some of the new stuff added today.

Don’t expect the folks at Hello Games to let up anytime soon. The trailer signs off with ‘Our journey continues.’

If you have a VR headset lying around, give No Man’s Sky a shot. The devs added DLSS support to VR. Nvidia says it gives you a steady 90FPS on the Ultra graphics preset on an Oculus Quest 2 with an RTX 3080.

No Man’s Sky is currently 50% off ($30) until June 7. You can also snag it as part of an Xbox Game Pass subscription.