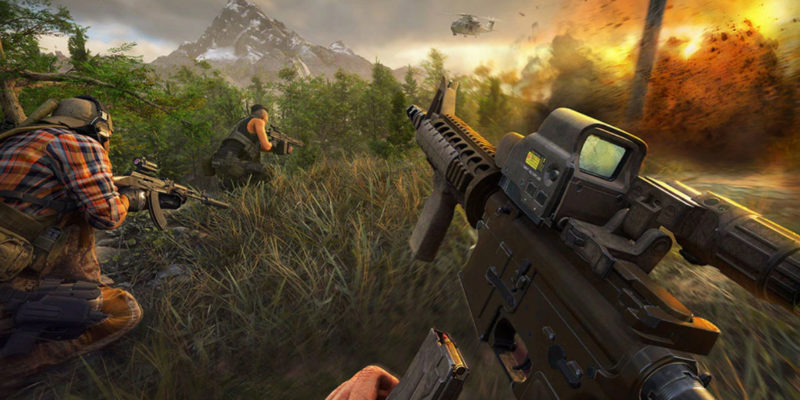 Yeah, this reveal trailer ain’t it. The full announcement trailer goes into more detail on how Ghost Recon: Frontline plans to stand out. Its main mode, Expedition, actually does sound interesting. Here’s how Ubisoft describes it:

Featuring 100+ players in teams of three, the flagship Expedition mode is the ultimate test of teamwork: it includes dynamic objectives strewn across the massive open map with no converging circle, where players must work together and utilize their combined skills in order to call for extraction. Use different abilities, call down tactical supplies, switch between units, adapt and showcase exceptional teamwork while competing with others.

An extended look at how this mode plays out across an entire match would have been a much better reveal. Ubisoft did publish an interview that covers more of what Frontline has to offer.

The community reaction to the reveal isn’t going well. Both trailers have been flooded with dislikes as Ghost Recon fans voice their displeasure.

I’ll hold off until I play it myself, but I’m not digging all the futuristic gadgets here. It’s hard to describe a game as tactical when you can drop a sniper perch anywhere on the map. It seems Ubisoft leaned more towards Ghost Recon Breakpoint and not Wildlands when making this. Which is odd considering how much better Wildlands was received compared to Breakpoint.

Again, not every game needs a Battle Royale. Ubisoft only has to look at their most popular game, Rainbow Six Siege, to see this. There’s plenty of room for other types of games. Sure, everyone wants to make that Warzone and Fortnite money – but you better have a compelling game for that to happen.