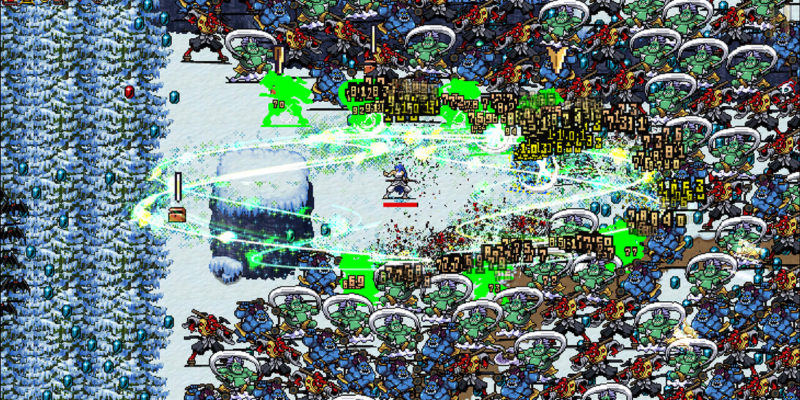 “Legacy of the Moonspell is the first DLC for Vampire Survivors, and introduces a brand new stage, new characters, new monsters, and new weapons to slaughter them with. There might even be some hidden mysteries for those of an inquiring mindset, but we can neither confirm nor deny the presence of vampires…”

The Steam page dives into the specifics of what we’re getting for $1.99.

Four of the eight characters were revealed: Miang Moonspell, Menya Moonspell, Syutto Moonspell, and Babi-Onna. We’re also getting 13 new weapons. No word on how they’ll evolve with each other or existing weapons, but here’s a rundown of four of them:

The new stage is teased as “our biggest yet, a sprawling map featuring several different environments, all with their own challenges and resident monsters!”

Legacy of the Moonspell is coming to PC and Xbox on December 15th. Vampire Survivors is already on Game Pass, but if you would rather grab it on Steam, it’s on sale for $3.99 until December 12th.

Honestly, it’s probably the best game under $5 you’ll play in a long time. Hell, it’s up there as one of my favorite games of the year. As a huge Geometry Wars (Pacifism mode) fan, Vampire Survivors scratches that itch perfectly.