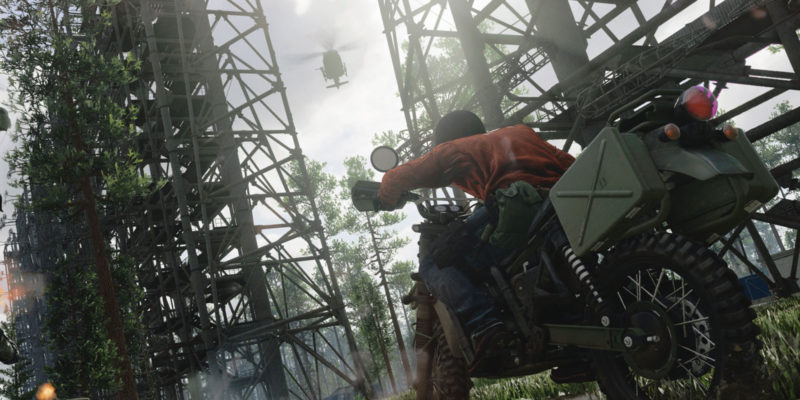 Warzone fans knew a nerf was coming as soon as the MG 82 hit Verdansk. Late yesterday, Raven Software pushed a patch to bring the gun down a notch. But don’t expect folks to move on from it right away. Here are the specific changes to the MG 82 from the patch notes:

Maximum Damage decreased from 30 to 29

Minimum Damage decreased from 28 to 27

Headshot multiplier decreased from 1.3 to 1.2

Upper Chest multiplier decreased from 1.1 to 1

Extremities multiplier decreased from 1 to .9

The devs at Raven don’t usually swing too hard with the first nerf. They had a little bit more to say in the patch notes.

“We had envisioned the MG 82 (BOCW) as a short to mid-range Light Machine Gun given its relatively fast handling, mobility, and rate of fire. However, it also retained many powerful LMG traits like damage profile, bullet velocity, and magazine size all while having negligible recoil. These factors in combination created one of the most dominant weapons to land in Verdansk.”

But they also make it clear that they didn’t want to knock the MG 82 out of the top tier of weapons. “Do not be deceived by the magnitude of these changes. The damage per magazine and rate of fire is still top tier so we expect the MG 82 to remain viable.”

Warzone know-it-all JGOD confirmed the MG 82 is still one of the most powerful weapons in all of Warzone.

These recoil changes are more subjective. Most players will adapt quickly to any recoil changes. But it could also influence attachment selection. Maybe you end up slapping a front grip on there instead of having a better rear grip.

While those damage number changes seem small on the surface, you have to remember no one is getting 100% accuracy in most firefights. When you see JGOD’s charts showing 10 and 11 shot kills for the MG 82, that’s with 100% accuracy.

My accuracy sits around 25% for most full auto guns. So, when yesterday’s nerf adds an extra shot or two to the STK (shots to kill) value – some of my fights are seeing closer to four extra bullets needed to kill. Which also has a broader effect on ammo management.

Yesterday’s nerf was a solid first step towards reining in the MG 82. Raven never goes too big with the first nerf. I mean, it took several updates for them to finally get a handle on the AMAX. And that gun is still good. I would expect a similar approach with the MG 82.

Raven also said they were looking into ways to tinker with Dead Silence.

“We are exploring all avenues in terms of changes to provide ‘fair’ and ‘reactable’ counterplay options to Dead Silence. A decision like this must be made carefully especially considering how it may destabilize other aspects of the game. We cannot promise anything at this moment but as we close in on an appropriate solution, we will share more details. Sit tight.”

Don’t expect anything drastic anytime soon. And it sounds like they’ll be floating potential tweaks to the community for feedback before a significant change is made.