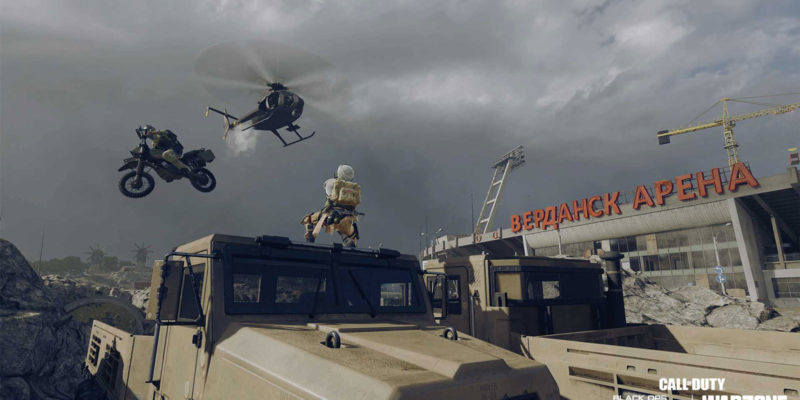 Battle royale games are all about taking everyone else out. Warzone is no different. But with Season 4, the devs are trying a little something new with Payload.

“In Payload, you and 39 other Operators drop in to escort two caravans of vehicles through a series of checkpoints or sabotage the mission. Build or destroy barriers and purchase buildings to aid in your squad’s mission, and be sure to collect any contracts you find around Verdansk, as they will help lead to success.”

It’ll be interesting to see how in-depth of a building mechanic we get here. I imagine these build locations will be pre-set, and we won’t have too much control of it. These modes always sound great on paper, but games usually don’t have the tools to make it into something groundbreaking.

Payload isn’t launching when Season 4 hits later this week. It’ll be a mid-season update. And the developers promise more details on the mode later in the season.

Other big Warzone updates coming this week include a brand new Gulag designed around a mock-up of the classic map Hijacked. Another addition is a dirt bike, which becomes the first new vehicle added to Verdansk since its launch. And a new season means new areas to discover. Satellite crash sites are sprinkled across the map.

“Interact with the Sat-Links found in the area to work toward receiving permanent rewards in the Ground Fall event at the beginning of the season. Also, secure helpful items to use during the match, such as powerful Killstreaks, vehicles, and Field Upgrades.”

Mystery red doors can also be found across Verdansk. But the devs aren’t saying what they do. We’ll have to explore those to find out for ourselves.

As for new weapons? We’re getting five this go around. The MG 82 (LMG), C58 (Assault Rifle), Nail Gun (Special/SMG), OTs 9 (SMG/in-season), and a Mace (melee/in-season). We’ll wait for the usual breakdowns from JGOD to see if some of these guns shake up the current meta, which still sits in a pretty good spot considering where we have been.

The Season 4 update goes live for Black Ops Cold War tonight at 9PM PT, and tomorrow (June 16) for Warzone at the same time.