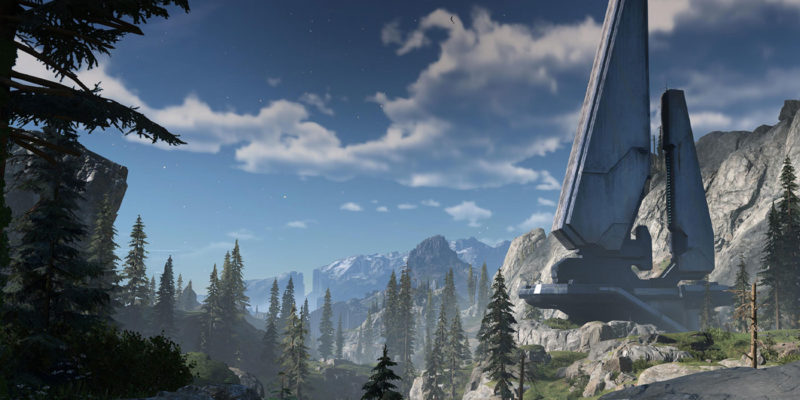 9/1 Update: There’s no way to slice it. It’s another disappointing update from 343 Industries. Today’s newest roadmap pushes back campaign co-op and replay until November. The split-screen part of co-op is also canceled. The Forge delay is also being delayed until November.

6/7 Update: 343 Industries is planning a campaign network co-op flight (beta test basically) next month. According to 343’s John Junyszek, more info on this test will be coming as part of the June Drop Pod and on Waypoint over the next few weeks.

4/22 Update: An updated roadmap blog post just went up, and the news is disappointing. We thought Season 2 was going to last three months, but it’s going to be another six-month season. On the campaign co-op side, 343 Industries has a late August target for network campaign co-op. The timing for split-screen co-op is still TBD.

These target dates can change. From 343’s Joseph Staten:

“More than anything else, we want this roadmap to be accurate and reliable. Some items and dates are certain, and these are clearly listed. Others are marked as “targets” or “goals” and they will become more certain over time. The roadmap’s timeframe will also expand as we announce longer-term initiatives. In other words, this roadmap is an evolving document, and we’ll let you know when we make changes to it.”

3/4 Update: 343 Industries just released an update about Season 2. Halo Infinite’s campaign co-op will not be coming at the launch of Season 2 on May 3, but the dev team is still aiming for a release during Season 2. From the blog post:

“But the reality is that it’s going to take more time to land a high-quality, full-featured 4-player network co-op experience in the massive, wide-open world of Halo Infinite. We’re also committed to a great 2-player split-screen co-op experience on all Xbox consoles, from the original Xbox One through Xbox One Series X—and the non-linear, wide-open sections of the Campaign present some big challenges for split-screen that have taken us more time to solve.”

The rest of the blog post gives us a sneak peek at two new maps coming in Season 2 (one arena map and one BTB map). We also hear a little bit more about Forge which is still coming as part of Season 3.

When Halo Infinite first launched, the dev team announced season 1 would stretch for six months instead of the previously announced three. And with campaign co-op coming with season 2, that meant it was pushed back as well.

“Yes, we are extending Season 1. So our goal still remains what I said before, which is to ship campaign co-op with Season 2 and Forge with Season 3. But those remain goals. Those remain targets. And we can’t commit to any hard dates right now, because as we’re seeing with this multiplayer beta, other things might move up in the priority stack for us.”

A roadmap with more specific info on co-op and Forge was expected in January. Unfortunately, 343 missed that January date, and said they needed a little more time to finalize their plans.

Halo Infinite’s more open-ended campaign was a solid entry in the franchise, but it could become something truly special once we can all play it with a friend or three.

Right now, we’re going to have to wait for 343’s roadmap to learn more specifics about what to expect with Halo Infinite’s campaign co-op and when. I’ll update this post as we get that.