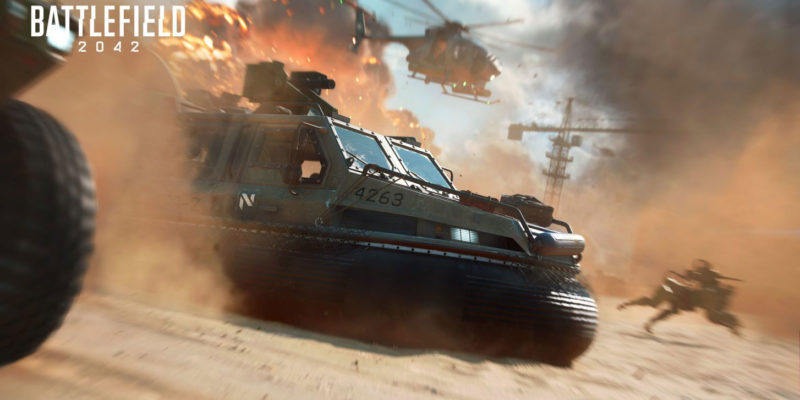 With Battlefield 2042, DICE is attempting to streamline Conquest’s fights “while preserving the classic essence of the experience.” In every Battlefield game, you would typically capture a flag and start running towards the next one. But this led to flag chasing, especially on more wide-open maps as both teams kept trading objectives.

DICE wants to keep the fighting more focused. That’s leading to a pair of changes the developers call Clustering and Sectors.

DICE doesn’t talk too much about Clustering but describes it as “deliberate areas of activity and capture areas for players to engage with.” Sounds like multiple flags in a smaller area, instead of one main flag.

These multiple flags make up a larger zone called Sectors. Every flag in a Sector needs to be captured for it to be under your team’s control. Here’s an image showing what DICE is thinking with the new Sector layout.

DICE also describes how a Conquest match will play out in 2042 (as part of a much bigger post talking about cross-progression, cross-play, and much more).

“Here’s an example of more fluid and targeted combat in a Conquest match. You are attacking a Sector and you capture the first flag. Previously, you and your squad would immediately be on the move towards another flag. But due to the Conquest changes in Battlefield 2042 you’ve now established a foothold in the Sector and can spawn and confront the enemy to take further flags. This creates a higher intensity fight for the full Sector. Only when the full Sector has fallen do you make the decision on where to go next. This reduces the back and forth running between flags and puts focus on the Sector itself.”

We’ll have to wait and see how these changes play out in matches, but it sounds good on paper. I love Conquest, but the flag chasing was one of the reasons why I would lean towards Rush sometimes as well. That mode kept the action tighter.

Today’s huge info blowout also touched on cross-play and cross-progression. Development is still ongoing with cross-play, but DICE says we can expect PC, Xbox Series X|S, and PlayStation 5 to have cross-play with one another (which does have an opt-out option). Xbox One and PlayStation 4 owners will also have cross-play between those consoles. The differences are because of the player counts. New consoles and PC get 128 players while older consoles get 64 players.

Cross-progression (includes purchases) is also coming between PlayStation, Xbox, and PC. There’s a lot more info in the post, including a section diving deeper into Specialists.

We’ll see even more Battlefield 2042 next week during EA Play Live on July 22. Ripple Effect (formerly known as DICE LA) will be on hand to show off what they’ve been working on. A map editor was a long-shot rumor back when Battlefield 2042 was first revealed, but it’s looking more like a set of remastered maps.

Battlefield 2042 is coming to PC and consoles on October 22.