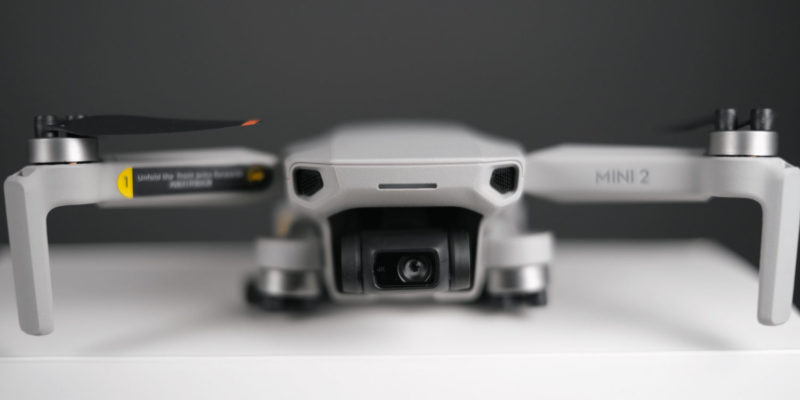 There wasn’t much of a surprise to last night’s announcement, but we now have the DJI Mavic Mini’s successor, dubbed the DJI Mini 2. Yeah, DJI is pulling the reverse Apple in simplifying their naming schemes. The company has been on a mission since the OM 4 (Osmo Mobile 4), followed by the updated gimbals dubbed the RS 2 and RSC 2. We can strikethrough the Mavic name for a simpler DJI Mini 2.

It’s smart branding. Keep it simple, and it lends the company maneuvering room heading into 2021. We know the next generation of the Mavic Pro is coming, and giving the camera drones segmentation allows for ease of marketing. Mini 2? It’s the ultimate beginner drone. Mavic Pro 3? The best-in-class camera drone. The Air 2? Can’t beat it for travel and portability. When we get to travel again.

If you look at the two drones side by side, you’d be forgiven for thinking not much has changed. Except everything has.

Video. The main feature everyone wanted to see in the Mini 2 was undoubtedly the addition of 4K video. It’s here, though; if you’re thinking you’re getting 4K60p video for less than $500, think again. Can’t have everything in life. That’s a hell of an uptick over the original Mavic Mini, which capped video resolution at 2.7K.

Battery Life. This is probably the most impressive topline number for me. I knew the 4K leap was happening. It has the sensor from the original Mavic Pro, so it could handle it. But 31 minutes of flight time with a smaller battery? Hello, software and hardware optimization. That’s incredibly impressive. It’s also a slight upgrade over the first-generation Mini.

Range. OcuSync 2.0 is doing some heavy lifting here to get a maximum range of 10km. Yes, it’s under perfect condition, but damn. A more real-world range depends on where you are. Free of physical and potential radio frequency obstacles? You could probably hit the 10km mark. The increase in range is perhaps the most eye-popping number out of the DJI Mini 2 marketing material.

Zoom. One item the original Mavic Mini did not have was a 4x zoom. That’s sure to be a major selling point on the DJI Mini 2. Sure, it’s a digital zoom, but welcome to the world of 4K. The ability to essentially crop into an image or video with no loss in quality opens up a world of creative possibilities.

Wind Resistance. Anyone who has flown a camera drone knows windy days are the bane of your existence. Pro-tip? When filming a thunderstorm, don’t get in front of the storm. Learned that the hard way. The Mini 2 promises Level 5 wind resistance, which is marketing speak for it can handle winds up to 29-38kph. It’ll murder your battery life, but a nice option to have on those windy days when we’d typically be grounded.

Controller. We cannot categorize this as a difference because it’s the same controller found on the Air 2. It seems DJI is making a broad-based switch in the Mavic controller design across the range of products. It is funny the controller is bigger than the Mini 2 itself.

There is a $50 price increase over the Mavic Mini to $449, and the Fly More Combo jumps to $599. I’d say the feature upgrades justify it, but the tariffs placed on Chinese imports also plays a role.

If you’re in the market for the best beginner camera drone, you can’t go wrong with the DJI Mini 2.