The death knell of your television has to be a cracked or broken screen. Outside of a TV catching on fire, it signals the end of your television experience. Or does it? Can a broken tv screen be salvaged from an errant drop or a momentary rage from a video game?

The short answer is no. TV manufacturers such as Sony, Vizo, Samsung, LG, etc., do not sell screen replacements. Add in the fact there isn’t a secondary market for tv screens due to the cost. Replacing a broken or cracked screen would be more expensive than buying a new TV off the showroom floor at your local big box retailer or online.

Local electronic repair shops would turn you away as it’s not worth their time, and they should be looking out for you, the customer. If they say it can be done, I’d run away because the business model of replacing or fixing broken/cracked tv screens doesn’t exist.

And before you hit YouTube up for a DIY, take a note from the pros. If they aren’t willing to take your money, that should be a sign it isn’t salvageable.

Let’s dive into why there aren’t easy fixes and what you can do to prevent cracked screens.

Why are TV Screens so EXPENSIVE?

If the past few years have taught us anything, it is the fact a lot of the goods we buy, like televisions, come from a set number of factories. In the case of TV screens, that factory is most likely the BOE Technology factory located in Hefei, the capital city of China’s Anhui province.

To give you an idea of the scale of this factory, the assembly line is over a mile long, and the company counts Samsung, LG, Vizio, and Sony among its customer base. The cost of the factory? $7 billion USD for a line that produces one screen that passes QA out of every three off the line. And that’s for LCD panels. The process is even more complex if you include panels such as OLED and Mini LED.

And that’s just manufacturing. Each television set has to be shipped from China to its final destination, incurring further costs.

The financial incentive for companies to put aside replacement panels is not there, making it cheaper to buy a new television set.

Let’s say a company decides to offer replacement tv screens for breaks or cracks. If the screen costs $800 out of the total cost of $1000 for the tv, the labor alone would easily eclipse the purchase price of a new tv. Financially, it’s not a winner for the company or the consumer.

Does My Warranty Cover A Broken TV Screen?

Maybe. It depends on what happened. If you tossed the remote at the screen, the answer is no. Most televisions have a one-year manufacturer warranty covering display issues, defects, etc. The warranty will spell out what will not be covered, including cosmetic damage (cracks and breaks), improper operation, user modifications, customer misuse, acts of god (weather), and repairs attempted by unauthorized repair centers.

Outside of manufacturing defects, if the screen has a break or a crack, you’re looking at buying a new tv. Probably not what you want to hear, but thankfully the price of TVs has come down quite a bit over the last few years.

Getting Rid of a Broken TV

Now that you’re stuck with a broken television, you’ll want to dispose of it. Before you start to eye the nearest dumpster, there are proper ways to dispose of electronics like a tv. First, you could sell it. While the screen isn’t salvageable, the rest of the components are, and repair shops will happily take it off your hands to break it down for parts.

You can list it on various marketplaces such as Craigslist or Facebook Marketplace. Depending on your location, you can google electronic recycling for businesses that will purchase or pick up the item for free.

If that’s not an option, contact your local Public Works for the dates and drop off points for electronics. Each city offers days for the public to drop off used and broken electronics such as TVs for recycling. Best Buy also has a national recycling program for a small fee.

How to Prevent a Broken TV Screen

Buy a screen protector. With fixing the issue a non-starter, prevention is your best option. Like your phone, you can purchase screen protectors for TVs. Granted, these are designed for regular use. Don’t haul off and sling a fastball to test the durability. It will offer protection against everyday use. Retailers like Best Buy or Amazon will point you in the right direction for the brand of TV you own.

Mount your tv. Most breaks occur with the TV falling off its stand. With a wall-mounted tv, you remove that risk, and it has a sturdy anchor point. It won’t prevent everything, but you should be ok if you are golfing in your living room.

No video games. The horror. I’d go with the first two options, and maybe some anger management from those rage quits. Why else are you getting the 4K television if not to kick back and game a bit?

The above is probably not what you wanted to hear unless you have your eye on that new OLED and accidentally threw an elbow at your ancient TV on purpose. Screen repair options are nonexistent, and if you get lucky, the cost will outstrip the price of a new television.

Make sure you dispose of the broken tv correctly and opt for some prevention like a screen protector and a solid wall mount. Those two items should prevent most potential issues leading to a cracked screen unless you are practicing your WWE moves, so go forth and enjoy yourself. 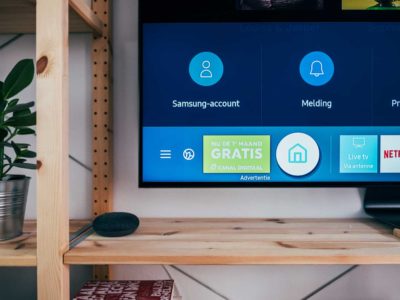 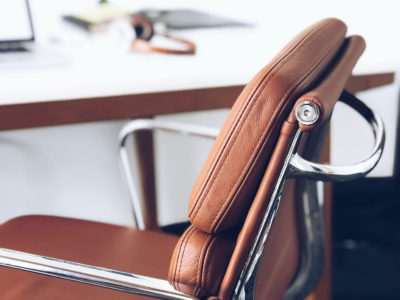