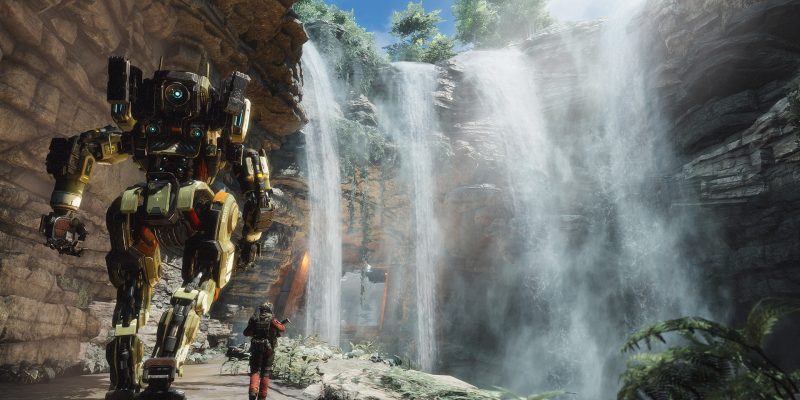 Titanfall 2 was the sequel everyone wanted, but not enough played. It took the lack of story criticism from the first game and ended up delivering one of the most memorable stories in a shooter in years. And built on the fantastic multiplayer of the first. But the game was lost in the shuffle as it fell between Battlefield 1 and Call of Duty: Infinite Warfare.

Four years later, and Titanfall 2 is one of many EA games marking the publisher’s return to Steam. Each day since its Steam launch is bringing more players than the day before. Today, peak concurrent players on Steam stands at more than 9,200. Not too shabby for a game that came out the same year as Skyrim: Special Edition.

$10 is a steal to play through one of the best campaigns in a shooter in a long time. The ‘Effect and Cause’ mission is the standout moment in Titanfall 2. But its story and the interactions between Cooper and his Titan, BT, are also memorable.

YouTuber Game Brain sat down with senior designer Jake Keating a few months ago to learn more about how ‘Effect and Cause’ was made.

Respawn’s Christopher Dionne also gave a talk at GDC 2018 about how the team quickly prototyped levels called ‘action blocks’ to help them build levels for Titanfall 2’s story mode. The level that ultimately became known as ‘Effect and Cause’ was the only action block that made it directly into the game. (Dionne talks specifically about ‘Effect and Cause’ at 18:00 in the video below)

While we’re talking about old EA games on Steam, don’t sleep on Star Wars Battlefront 2. Yes, the launch was rough – but the team over at DICE righted the ship and pushed a ton of new content. I should note that there aren’t any more big content updates coming to Battlefront 2, but there’s a lot to play.