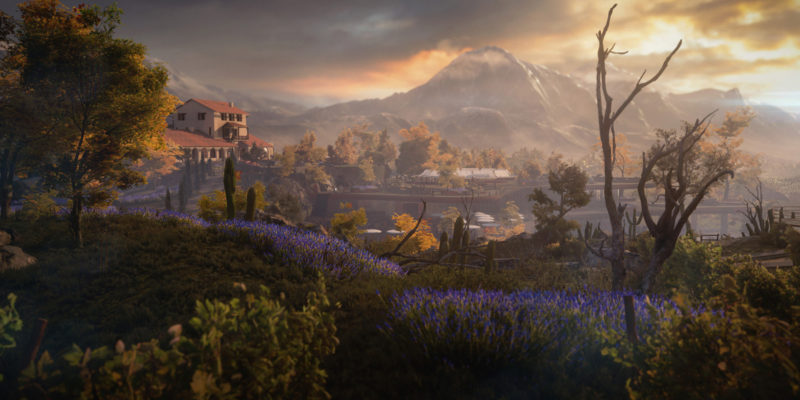 “Each location has been crafted to deliver a unique and memorable gameplay experience, from the game’s first mission at the tallest building in the world through to the dramatic epilogue that concludes the trilogy in style with a narrative-focused finale.”

The accompanying screenshots look good, and we know some of the graphical improvements made in Hitman 3 are coming to the previous two games.

IOI doesn’t dive too much into the missions themselves, but the description for the Thornbridge Manor mission in Dartmoor, United Kingdom sounds incredible.

“Travel to the historic Thornbridge Manor in Dartmoor for a mission with a murder mystery twist. Choose your own path to your objectives or take on the role of detective to solve a murder and eliminate your target. Two birds, one disguise.”

I’d usually take something that sounds this awesome with a grain of salt, but the folks at IO Interactive have delivered for two games in a row. If it sounds awesome, odds are it is.

We’re less than ten days until Hitman 3 launches. Expect another official blog post sometime this week or early next on how to carry over progress from Hitman 2 into Hitman 3. Hitman 3 hits consoles and PC on January 20.