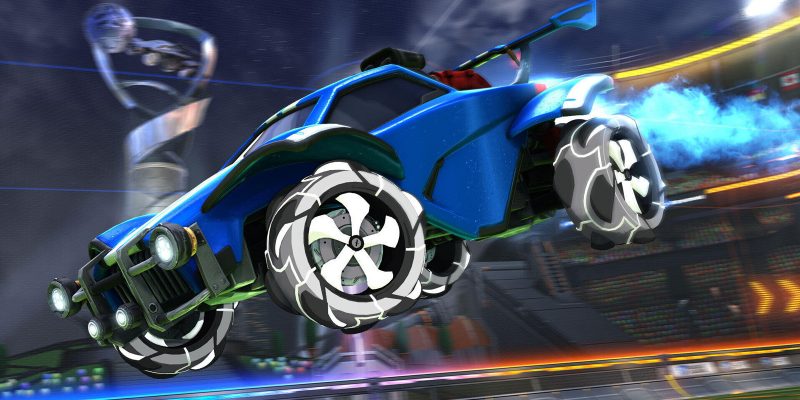 It’ll be fun to watch how much of an impact going free to play has on Xbox’s ‘Most Played Games’ chart next week. Today, Rocket League sits at #10. I imagine we’ll see the game creep up a spot or two, at least in the short term.

Historical concurrent numbers are a little harder to come by. On Steam, the previous record was 119,124 back in March (scratch that, it hit 129,060 earlier today). And I remember seeing 200k to 300k concurrent’s via Rocket League’s in-game counter earlier this year.

It’s fantastic news for one of the best games ever made. And here’s a fun little ‘what if.’ Rocket League could have been an EA game. Psyonix pitched it to EA Partners way back in 2011, but EA didn’t bite. Fast forward almost a decade later, and Rocket League is one of the biggest games out there.

This week’s free-to-play update was packed with plenty of goodies for regular players too. A new Rocket Pass, competitive ranks, challenge system, and more give diehard fans plenty of reasons to keep playing and getting better. Me? I’m forever stuck in Diamond.

It’s busy times for Rocket League. Besides the recent update and free-to-play push, competitive Rocket League is also in the midst of RLCS Season X. EU Regional #3 Day 2 action kicked off about an hour ago. Head on over to Rocket League’s Twitch channel to watch the best players show off their skills.