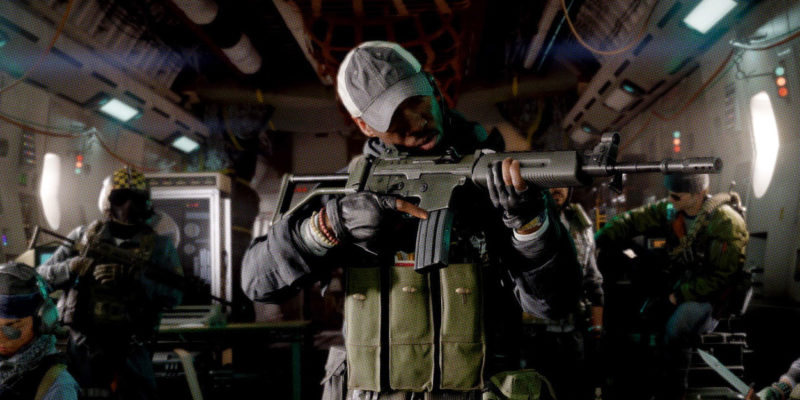 It’s been more than a week since we learned Raven Software was getting ready to nerf the AMAX. Today, that tweak goes live in a new patch also addressing the Streetsweeper and map exploits.

Before we dive into the biggest changes, Raven touched on how they approach weapon balance and what they are trying to achieve when taking a swing at Warzone’s best weapons. The short version? Weapon diversity and trying to raise the skill ceiling by making fast TTK (time to kill) depend on player skill rather than a particular weapon.

There are millions of you, and when we reduce the effectiveness of a weapon, we are bound to make a change to someone’s favorite gun. As players of this game ourselves, it pains us just as much. However, we remain torn. We are the custodians of this game—we make it for you. In the same light, we are charged with maintaining the health and integrity of the game. In some instances, this requires us to reduce the effectiveness of some universally cherished weapons. When we make a change like this, our intent is the promotion of diversity. We believe what makes a game truly engaging is choice. When we diminish that choice, we take away the agency to play the game your way. This can happen when a weapon becomes so effective that simply not utilizing it puts you at a disadvantage.

With that being said, we feel we are close to a ‘balance homeostasis’ where most options are at the very least viable. Which leaves us to address Time to Kill. The following balance changes are part of our ongoing efforts to raise TTK or at least the individual skill required to reach extreme ones. We ask that you consider these changes not as targeted attacks, but rather as part of a larger initiative to raise the skill ceiling.

Alright, let’s take a look at the AMAX.

– Minimum damage decreased from 32 to 31

It’s a good trade-off. The slower rate of fire, along with its higher recoil pattern, already makes the AMAX a slightly harder gun to use (especially on consoles). Now, the community will wait for folks like JGOD and TrueGameData to see if there are any stealth changes not announced in today’s patch.

The FARA 83 wasn’t spared in today’s patch either.

– Base ADS Move Speed decreased by 7%

As for making guns better, Raven did give the PPSh-41 a bump with a maximum damage range increased by 4%. And they promise it won’t be the only gun to get a bump in the future. All weaker guns (from both Cold War and Modern Warfare) are being looked at for possible tweaks in the future.

The patch also includes attachment adjustments to Sniper barrels and stocks across the board.

Overall, it’s a decent patch. The AMAX nerf doesn’t look so severe that it’s no longer a good gun. And the Streetsweeper removal should make the early game less of a headache.