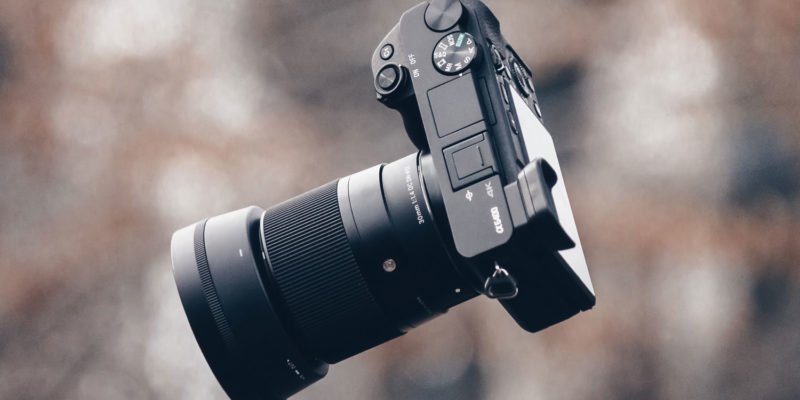 With us firmly in 2022, we can safely say that photography’s professional and prosumer world is all about mirrorless cameras. That’s not to say DSLR is dead, but it’s on life support. Releases are fewer and farther between, leading the major manufacturers to rush out new models of what they hope will become the best mirrorless camera on the market.

A few years ago, the endless debate on YouTube photography channels over the pros and cons of mirrorless vs. DSLR has given way to nearly 100% coverage of the latest mirrorless system.

Issues plaguing the industry in 2022 are the same ones we have dealt with since 2020. Supply chains are broken to an extent you wonder if they will ever get fixed. Companies have pointed to the back half of this year into 2023 with a return to normalcy, and we can already see some of the latest releases finally come into stock at various shops.

The Sony a7 IV is the Best Mirrorless Camera of 2022

It took a long time to get an upgrade over the a7 III, but Sony’s ‘basic model’ mirrorless camera has leaped back to the front of the pack with the a7 IV. Everything has been upgraded, including the price, unfortunately. But the price point is a reflection of where we are at economically. Constrained supply chains mean inflationary pressures. No company is immune to that, and it’s passed on to the consumer.

The original a7 III debuted at $2000, while the a7 IV is now priced at $2500. It’s not a wild price jump, but something to consider when you’re planning on buying lenses and additional accessories.

What makes the a7 IV the best overall mirrorless camera for 2022? In a word, value. The price is manageable, but the features rival camera systems double the cost. If you had to pick a hybrid camera that can handle stills and video for all but the most demanding content creators, the a7 IV is a top-tier choice. It doesn’t break the bank, and it punches way above its weight class.

Two significant upgrades for the a7 IV are the sensor and video capabilities. A brand new 33MP Exmor R BSI CMOS sensor replaces the old 24MP, while a brand new BIONZ XR Processor handles all the work under the hood. The processor enables shooting speeds of up to 10fps with either electronic or mechanical shutter with a buffer of up to 828 images using a CFexpress card.

Video capabilities also earned an upgrade with the Sony a7 IV. 4K60p is now standard, and if we are being honest, it is plenty for almost every content creator out there. The 33MP sensor allows for oversampling to 7K, giving more detail thanks to its ability to record 10-bit.

Autofocus was always a selling point of the Sony a7 III, and the a7 IV improved on it again. Borrowing heavily from the flagship mirrorless cameras, the a7 IV can now handle real-time tracking and real-time eye AF. The real-time AF shines with the ability to capture crisp, in-focus images on various subjects, including animals, humans, and even birds, for those wildlife photographers among us.

It’s not a technological leap in terms of an upgrade, but the Sony a7 IV earned a flip-out screen. The company resisted adding this to cameras for years, but it’s finally here, so we can all stop complaining. Most creators will add an external monitor, but you’re a run-and-gun shooter; the flip-out is an excellent addition.

Endgadget gives a nod to the enthusiast category and professionals who use Sony gear that needs a second camera body.

DPReview agrees that’s it a capable hybrid camera, but one with stiffer competition. “Overall, the a7 IV looks to be a very capable camera: one with much-enhanced video and more sophisticated autofocus.”

It’s a bit out of left field. Still, for 2022, I think a sub $1000 APS-C mirrorless camera that’s one generation removed from being a flagship deserves the nod as a potential beginner mirrorless camera. If someone wants to get into the hobby, what better way than one of the best-looking, retro designs out on the market? Pair it with some serious technology, and you have a winner.

One thing to know right off the bat is this is an APS-C, not a full-frame camera. That has its pros and cons, but I think it’s better to stick with something that’s less expensive and has a ton of portability for a beginner. You want every excuse to bring your new camera along for the ride.

What You Need to Know. It shoots with an X-Trans 26MP sensor with a maximum burst rate of 30fps with a 1.25x crop. 11fps is the maximum you’ll achieve if you stick with the mechanical shutter. Video capabilities max out at 4K60p at 10-bit internal, making it a versatile hybrid camera. It may lack some of the splashier autofocus features, but for a few years old camera, it can hold its own with full-frames costing three to four times the price.

Fuji also adds a little extra to their line of mirrorless cameras. With a rich history in film photography, the X-T3 comes with film simulation modes. If you love the look of Eterna film, you can switch to it and enjoy understated colors with richer shadows. That’s just one of several film simulations you can choose from.

What others are saying…

Photography Life mentions how well the X-T3 holds up all these years later, even with the X-T4 announced and the probability of an X-T5 happening in the near term.

Digital Camera World remarks: The X-T3 is so good, in so many areas, that you really have to scrape the barrel to find anything negative to say about it at all.

The Unlimted Budget Best Mirrorless Camera is the Canon R3

If budget is not a concern, and you want all the latest and greatest technology in your mirrorless camera, the Canon EOS R3 is probably the one for you. Or you could opt for the Sony a1. At these price points, it becomes semantics in a hurry.

Imagine if the Canon 1DX line decided to go mirrorless. That’s basically what the Canon EOS R3 is, a DLSR converted into a mirrorless camera. It even has the ‘built-like-a-tank’ look.

The R3 is purpose-built for professionals or enthusiasts with more money than sense. Every upgrade has the purpose of addressing a complaint seen in previous generations. The new stacked 24MP CMOS processor helps reduce rolling shutter, while a new Digic X processor keeps things snappy with 30fps still shooting, 6K60p, and 4K120p video recording.

It wouldn’t be Canon without Dual Pixel AF, and the second generation makes an appearance on the R3 with 1053 automatic AF points. Phase detection makes it easier to track subjects and keep them in focus. But it’s lowlight where Dual Pixel AF shines. It can lock onto whatever you want at -7.5 EV. That’s borderline magic, but at $6000, it should be something special.

PC Mag nails it when it calls “the Canon EOS R3 is a serious full-frame camera built for the most demanding types of photography, such as professional sports, exotic wildlife, reportage, and events.”

Photography Blog keeps the comparisons coming with the 1DX series. “The new Canon EOS R3 is a compelling camera for action shooters, stills and video alike, which inherits the prestigious mantle of the 1D-X series and improves on it in many, often surprising ways…”

It became a running joke on when the camera would ever release, but damn if the wait wasn’t worth it. If you are a video-centric content creator, the Sony a7s III should be at the top of your list for gear to acquire.

What makes the a7s III king of the video mirrorless market is the absolute insane lowlight performance. It’s not trying to be a hybrid camera. A 12MP Exmor BSI CMOS sensor is designed for one thing. Video. Specifically 4K video at up to 120p. It can take stills, but you’re not paying the $3500 for its wildlife photography potential. You want a portable cinema camera that takes all the lenses you’ve acquired over the years.

The 4K video offering is geared towards professionals who want the most data possible. Full 1:1 pixel readout without binning. Internal 10-bit 4:2:2 recording. And if you are in a position to hook up to an HDMI, you can achieve a 16-bit readout. Gone are the days of clip lengths. You can record for as long as their space on the memory cards. Though at 4K120p, you better invest in CF cards

Upgrades are all over the Sony a7s III, including a flip-out screen and a vastly improved autofocus system sporting 759 phase-detection points along with 425 contrast-detection areas. This allows it to focus in lowlight conditions down to -6 EV. More refined controls over color and gamma enable the user to focus on the look they are trying to achieve.

The addition of S-Cinetone means the color science found on the FX 9 and FX6 cinema cameras can now be found on a camera body under $4000. That’s beyond a good deal.

The one knock against the a7s III is its niche. In a world where everything seems to be a hybrid, the Sony a7s III wants to fill the video role. That narrows the use cases down to YouTubers or video-heavy content creators. If that’s not you, steer towards a camera like the Sony a7 IV. You get the 4K capability but can also get stellar still photography.

Engadget loves the video-centric cameras saying, “They can’t find many faults with this camera. Sony has addressed nearly every complaint I’ve ever had about previous A7-series cameras, but it didn’t just stop there. It also improved autofocus and other features that I already liked, keeping the A7S III far ahead of rivals.”

Looking for portability but not willing to give up on features? The Fujifilm X-T4 is our pick for the best APS-C camera in 2022. It takes everything great about the X-T3 and gives it a solid upgrade. IBIS? Check. Improved autofocus? Sure. All without breaking the bank of some of the other cameras on this list. At $1699, it’s approachable for both beginners and enthusiasts who want something versatile but compact enough to take on a trip.

Like previous generations, the X-T4 has Fujifilm simulation modes taking advantage of the company’s rich history of film photography. Some examples from the X-T4 include:

Ken Rockwell loves the styling of the camera: “This Fujifilm X-T4 is a pleasant change from other brands of cameras because it’s much better made out of mostly all metal, and it has real, dedicated single-purpose individually marked dials for each of shutter speed, ISO, exposure compensation, advance mode, STILL/MOVIE mode, as well as a dedicated autofocus mode switch and two more general-purpose control dials.”

While major releases are expected in 2022, all eyes will be on the supply chain issues as we emerge, hopefully on the other side of the pandemic. There have already been rumblings of Sony systems being delayed until the back half of the year, and cameras released in 2021 are still suffering from never-ending backorders and scalpers taking advantage of the short supply. Here’s hoping it all gets resolved and we return to some semblance of normal in 2022 for not only mirrorless cameras but life in general.

Check Out Our Other Camera Guides