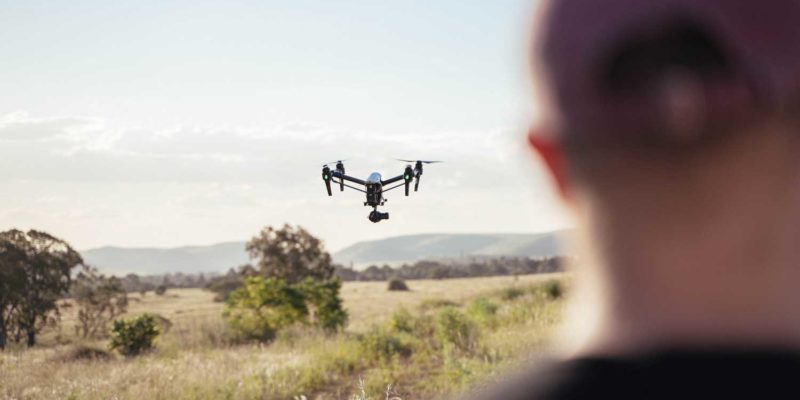 Another day, another DJI leak. Twitter user DealsDrone has released a compilation video of what looks to be the DJI Inspire 3 being tested. The video looks like the company is auditioning it for a 5-star crash safety rating.

Most leaks in the industry are veiled marketing campaigns. The video above does not look like it’s made for public consumption. Unless DJI wants to prove you can fly it into the side of a building and still fly. It definitely looks on the rough side. Either this is actually QA testing, or DJI accidentally gave a unit to the wish.com version of Sam Kolder.

What’s new on the DJI Inspire 3? Looking at the video, the design is similar to the older generation, but the durability has been cranked up to 11. The Zenmuse X9 is expected to be the primary camera, though testing models have shown the X7. Add in the interchangeable lenses, and DJI will have a winner here.

Battery life is sure to get an upgrade. In the years since the DJI Inspire 2, battery technology out of DJI has increased by leaps and bounds. Will it stretch towards the 40-minute flight mark? We can hope, but a safe bet would be well into the 30-minute + range.

Camera quality will undoubtedly be in a whole new class for camera drones. The Ronin 4D is an excellent jump-off point on what to expect, and with DJI holding a controlling stake in Hasselblad, it will produce excellent quality in both video and stills. Add in the interchangeable lenses, which will revolutionize the content creation industry.

DJI Inspire 3 Release Date? Mid fall was the most recent rumor and tracks when the last generation Inspire was released alongside the Phantom 4 Pro. Those were the good old days of constant product announcements. Can we get a Phantom 5?

We definitely know it’s slated for this year thanks to the announcement the Inspire 2 was ceasing production.

Cost? Unless you’ve lived under a rock (even rent on those has gone up), you’ve noticed the price of everything has skyrocketed. The DJI Inspire 2 would routinely hit north of $10,000, depending on your selected options. I would use that as a starting point and not be shocked to see price tags hit $15K or more. Inflation is a killer, and supply chains seem perpetually broken at this point.

Hopefully, we can get images and videos of the new camera drone in a nicer setting in the coming weeks and months, not of it in the aftermath of a crash.