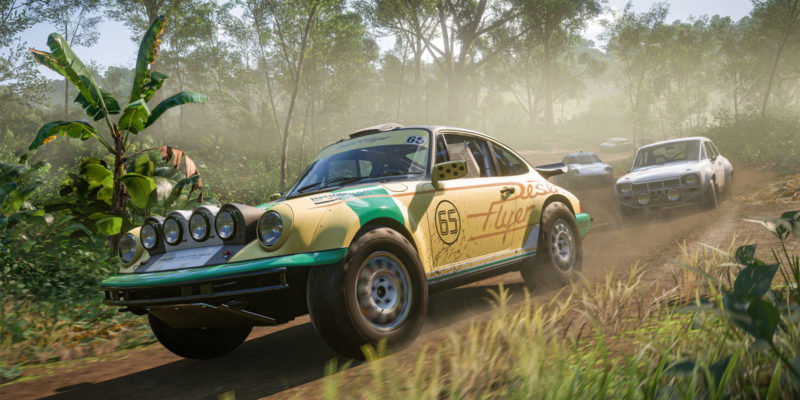 – 11/16 UPDATE: Forza Horizon 5 knocks off Warzone to become the most played game on Xbox.

It probably won’t sit there for long though after Microsoft announced the surprise early release of Halo Infinite’s multiplayer.

What’s even more impressive is that a good chunk of these players came before its official launch on Tuesday. That means they either paid for the premium edition ($100) or the premium add-on via Game Pass ($45).

The folks at Playground Games deserve all the success. With Forza Horizon 5, it feels like they are finally getting the recognition they deserve. Sure, Forza was always popular – but this feels different.

I fired it up last night for the first time, and it gave me that first truly ‘holy shit’ moment since owning an Xbox Series X. It was a throwback to the days of firing up Project Gotham or Gran Turismo for the first time on their respective platforms to see what new hardware can do.

And despite being on Game Pass, the game is finding a big audience on Steam, with peak concurrent users hitting 70,589 players today (11/11 update: Now at 80,275 and surpasses the recently released Ague of Empires IV). So far, that’s just under another Microsoft game that was recently released. Age of Empires IV hit 73,629 at launch.

While being on Game Pass might make you think the game’s sales would be hurt, the exact opposite happens. Microsoft and developers who have games on Game Pass say sales only increase when they are on the service.

In less than a month, we’ll see what kind of numbers Halo Infinite can do. That should have a lot bigger launch since the multiplayer portion is free to play. Not to mention the shooter genre is vastly more popular than racing.