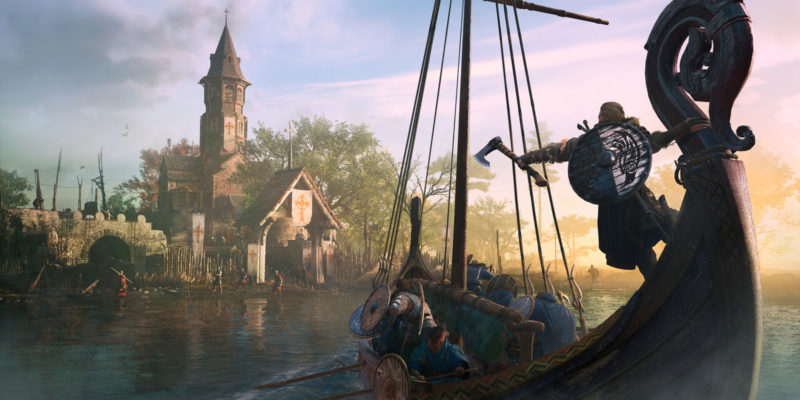 For more than three years, Ubisoft titles on PC have been available on either its own online store or as an Epic Games exclusive. Huge titles like The Division 2, Far Cry 6, Ghost Recon Breakpoint and others skipped Steam. But the days of Ubisoft games skipping PC’s biggest digital storefront are now numbered.

On December 6, Assassin’s Creed: Valhalla will make its way to Steam. Anno 1800 and Roller Champions will round out a trio of Ubisoft games making their way to the storefront. No word on if this is part of a broader rollout for the Ubisoft catalog of games since 2019 or if this is being handled on a game-by-game basis.

Ubisoft games have been MIA from Steam after the publisher opted to go with Epic Games for its games. Epic was famous for tossing tons of cash at publishers as it tried to peel folks away from Steam.

With Valhalla making its way to Steam though, it seems likely the next big installment in the franchise, Assassin’s Creed Mirage, will also hit the storefront.

I know folks with a Steam Deck will be eying Valhalla’s Steam release closely. Again, no word from Ubisoft if they are working on getting these three games Steam Deck verified. But given how easy it is to play Valhalla with a controller, it should at least be playable. We’ll have to wait and see how it does performance-wise. Still, Cyberpunk 2077 runs pretty decent – so I don’t see Valhalla being too much of a problem.

The return of Assassin’s Creed to Steam also lines up with the release of Valhalla’s final DLC. Two-years of post-launch support wraps up with The Last Chapter.

This epilogue will tie up some of the storylines developed throughout the game and offer closure to your time among the Raven Clan.