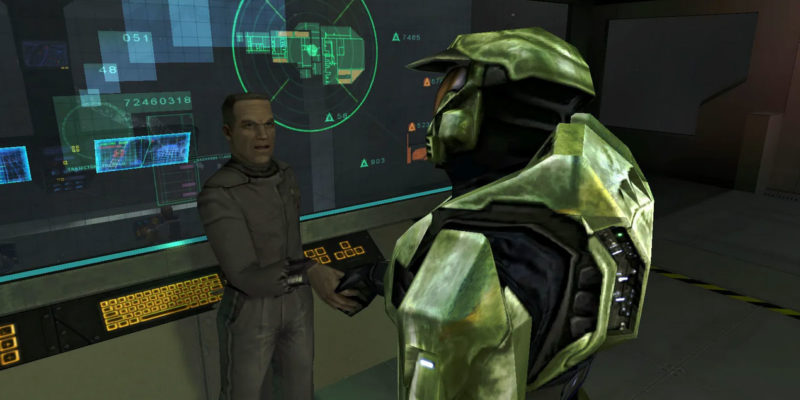 The first Halo packed inside the Master Chief Collection isn’t the original Xbox version. What you’re playing is the PC port developed by Gearbox that came out two years after the original’s release. And that port launched with a slew of graphical bugs that were never fixed. That is, until now.

Last week, the latest Insider Flight update for Halo: The Master Chief Collection included fixes to the graphics. 343 touched on the fixes in the patch, “a series of bug fixes to improve the classic visuals to better mirror the original Xbox version.” These fixes include campaign and multiplayer, according to 343.

A video from YouTuber Generalkidd highlights many of the fixes included in the newest Insider Flight update. Some of the more apparent fixes include Captain Keyes’ texture, and Jackal shields now turning red when taking damage. Before, the shields would remain blue.

On the multiplayer side, we see the teleporters now look more like the OG Xbox version. Basically, they look more detailed. Generalkidd’s video dives into many more changes, including fog effects and bump maps.

It’s important to note these changes are live via the latest Insider Flight. These fixes aren’t live as part of an official patch. Which means we may see even more improvements before the final patch goes live.

While most of us are anxiously awaiting the next reveal for Halo Infinite, it’s great to see the folks at 343 and their partners continue to make improvements to the Master Chief Collection. It might have been a launch disaster, but it’s one of my go-to games these days. Halo 3 SWAT and Snipers never get old.