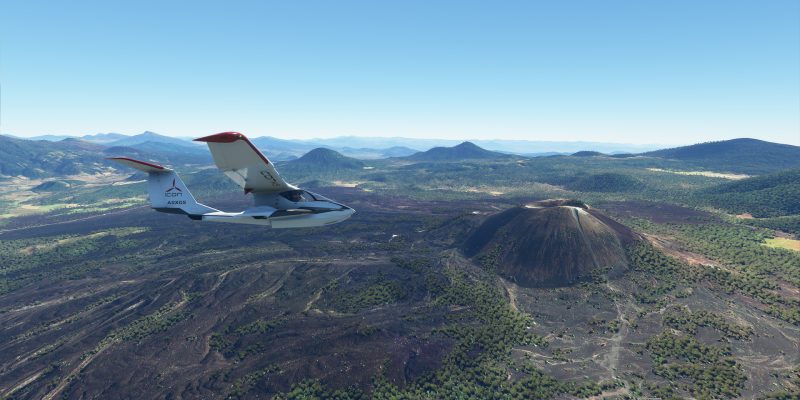 Not everyone’s a flight sim junky. But the visual showcase that is Microsoft Flight Simulator is pulling in tons of new folks thanks to Xbox Game Pass. Everyone wants to fly over their house and see how it looks, which for me living in rural Alabama looks surprisingly decent.

After that, it’s off to see famous landmarks like the Grand Canyon. But what if you don’t feel like taking off from the nearest airport and flying over? There are a couple of ways to bypass the airport and start your flight exactly where you want.

If you can find your spot on the ‘World Map’ inside Microsoft Flight Simulator just left-click on the spot and create a ‘Custom’ waypoint, then click ‘Set as Departure,’ and you are set.

You can also head on over to Google Maps. Let’s use the Grand Prismatic Spring in Yellowstone National Park, Wyoming as an example.

3. Click on a spot next to it until you see a pair of coordinates appear at the bottom of the page like this:

4. Click on those coordinates, and you should now see them at the top left. Copy them.

5. After that, jump back into Microsoft Flight Simulator’s World Map and paste the coordinates on the search bar at the top left. It should look like this.

6. Click on the Custom waypoint it creates and ‘Set as Departure,’ and you are good to go. Click Fly, and you’ll start right over the coordinates you entered.

7. Here’s a quick screenshot I took.

I followed these same steps to start my flight right over the Parícutin volcano in Mexico (featured image above).

It’s a handy little tip if you’re looking to do some quick sightseeing. Looking for ideas on where to go next? FlightLoc has a list of 200+ unique locales and airports that’ll keep you busy for a while.