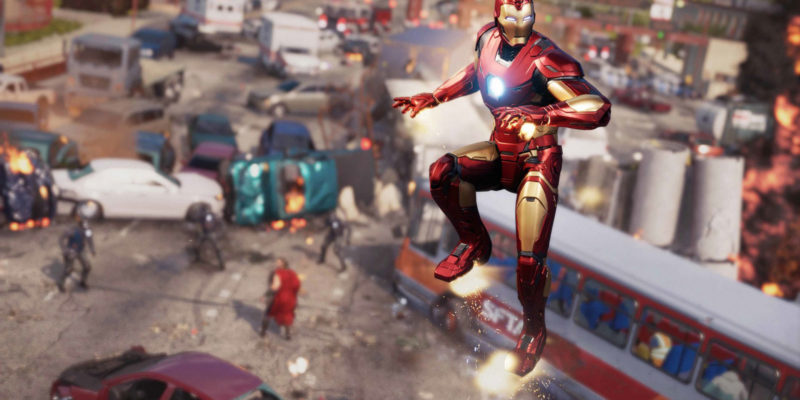 Here’s what Crystal Dynamics’ Hunter Wolfe had to say about today’s news.

“Every player with an Xbox Game Pass membership can experience the full game and all our post-launch Heroes and missions. This includes four story campaigns that showcase one or more Hero’s unique abilities, as well as our Avengers Initiative – our evolving online multiplayer world that lets you and three friends play as any Hero in our roster and embark on global adventures.”

Marvel’s Avengers has had a bumpy road since launch, but the devs over at Crystal Dynamics haven’t given up on it. The most recent expansion, Black Panther: War for Wakanda, was a short – but well-received addition to the game. This expansion, and all previous content, is available from the get-go when the game hits Xbox Game Pass on September 30.

And if you do happen to sink your teeth into Marvel’s Avengers, there’s more content coming soon. Here’s a look at the content roadmap for the rest of the year.

The most significant piece of upcoming content will be the first raid. These tend to be cornerstones for loot games like Destiny and The Division. We’ll see if Crystal Dynamics can lean into what works (story, character kits) here.

Details on the new raid are still on the light side, but here’s what the developers have said:

“We’re also polishing our first raid – available in both standard (PL 150-160) and Elite modes (PL 160-175) – which will offer a conclusion to Klaue’s story in War for Wakanda. This will be the most challenging content yet, meant to not only test the mastery of each Hero but also the well-built four-player Strike Teams out there! Collaboration and observation are crucial to beating this one.”

“The Klaw Raid features custom-crafted levels, new threats that require complex and tactical combat, and stronger enemy variety themed to the Villain being faced. New enemies called Echoes – sound constructs created by Klaw – have been created and tailored exclusively for this experience. With the Power Level increase to 175 yielding more compelling drops, it is a notable example of replayable and rewarding content that fits our mantra moving forward.”

There are no specifics on a release date for this raid yet, but we should see it before the end of the year.