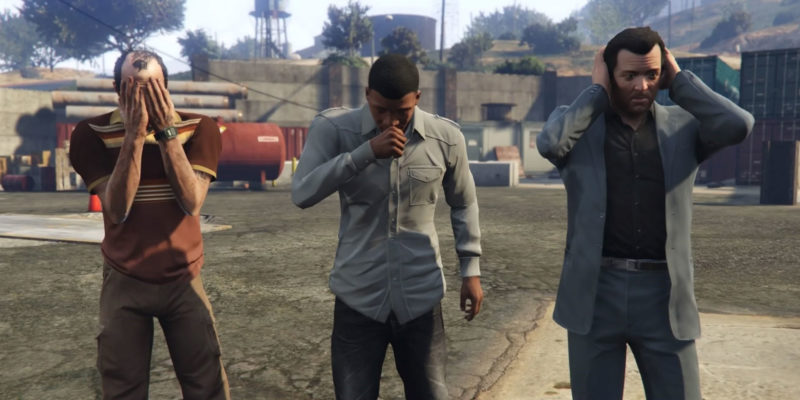 It was a crazy weekend for the gaming community as dozens of videos leaked showing the still-in-development Grand Theft Auto 6 in action. None of the videos are close to the polished videos developers and publishers work on to show their games in the best light.

Instead, our first look at Grand Theft Auto 6 is in the midst of development. A quick Twitter search will reveal plenty of videos showing gameplay with dev tools.

Take-Two is now playing the DMCA whack-a-mole game. Once one clip is struck down, several more take its place. Yeah, that’s not going to work. Once it’s on the internet, it’s not going away.

Rockstar Games did respond to one of the biggest hacks in gaming history in a statement this morning.

“We recently suffered a network intrusion in which an unauthorized third party illegally accessed and downloaded confidential information from our systems, including early development footage for the next Grand Theft Auto. At this time, we do not anticipate any disruption of our live game services nor any long-term effect on the development of our ongoing projects.”

What we don’t know is if this will have any effect on the game’s eventual release. Rockstar Games’ parent company, Take-Two, has yet to announce a firm release date for the game. But the company’s earnings guidance through 2024 suggests a release date sometime in late 2023, or early 2024.

In January, Take-Two execs said the company’s compound annual growth rate through 2024 will be 14%. Analysts believe the only way that can happen is with the release of one of Take-Two’s biggest games – GTA 6.

According to the company’s annual report, Grand Theft Auto games made up more than 30% of Take-Two’s net revenue for the most recent fiscal year (ending March 31, 2022).

In this morning’s statement, Rockstar said work continues on the next Grand Theft Auto game and “will properly introduce you to this next game when it is ready. We want to thank everyone for their ongoing support through this situation.”

We can also expect another update from Rockstar soon on this weekend’s leak.

By Alex Chavers14 seconds ago