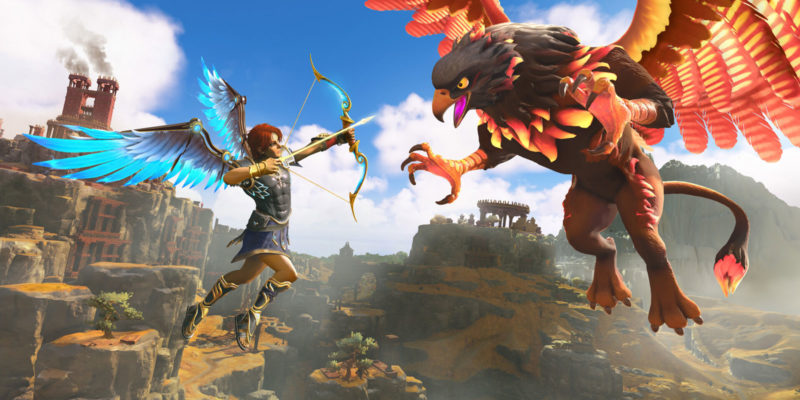 Assassin’s Creed: Valhalla marked Ubisoft’s return to Steam with its release two days ago. Now, another listing has appeared. This time, it’s Immortals Fenyx Rising. No release date has been announced yet, but the Steam page includes the usual overview of the game. Steam is also getting the same two editions that were on the Epic and Ubisoft storefronts: Standard and Gold.

Immortals marks the fourth Ubisoft game making its way to Steam. Last month, when Assassin’s Creed: Valhalla was announced to be heading to the storefront – the publisher announced two other games were joining it – Roller Champions and Anno 1800.

There are still plenty of heavy hitters Ubisoft could bring to Steam. The Division 2, Ghost Recon Breakpoint, Watch Dogs Legion, and Far Cry 6 all skipped Steam releases while Ubisoft was an exclusive publisher on Epic (and their own store). It wouldn’t surprise me to see these ultimately land on Steam as Ubisoft has previously said, “we’re constantly evaluating how to bring our games to different audiences wherever they are.”

Steam is where most PC folks play their games. Plus, there’s the Steam Deck community Ubisoft could leverage for extra sales.

I wonder if we will see a bigger dump of games as we get closer to the Steam Winter Sale. Plenty of Ubisoft titles are already old enough to see steep discounts, and what better way than to leverage one of Steam’s biggest sales of the year?