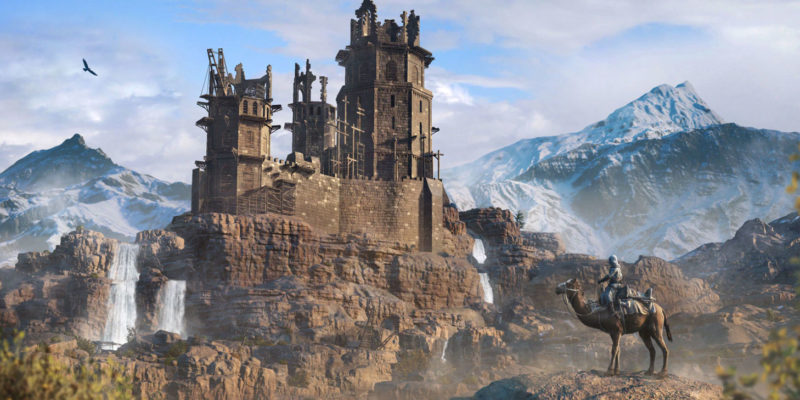 In a recent chat with GamesRadar, Mirage’s creative director Stéphane Boudon reiterated this stance. “Amongst our fans, we started hearing the desire for a character-driven story, focused on the core pillars of the first ACs in a more intimate scale. It resonates with us as well, as developers, and this was the starting point of the project.”

Several new Assassin’s Creed games are in the works to cater to various parts of the growing fanbase. While there have been grumblings about the shift to open-world RPG in the previous three titles, the franchise has only grown in popularity. Still, enough fans want a return to the games of old that Ubisoft is catering Mirage to fit this want. It doesn’t hurt that more Assassin’s Creed releases will also boost the company’s bottom line.

We can expect the gameplay to be a throwback to the older games too. Obviously, that means stealth, but I’m hoping the devs lean more into the counter and parry system as well.

Here’s a quick rundown of what the future looks like for the franchise:

Ubisoft could stand a few wins after they just announced the cancellation of three unannounced games and the delay of Skull and Bones yet again.

I’ve enjoyed pretty much every Assassin’s Creed game, but Ubisoft’s open-world design can make getting through these games feel like a job. A 15-30 hour game would be a welcome change of pace versus these recent behemoths that can easily eclipse 60 hours.

Reports suggest Ubisoft is eyeing an August 2023 release date for Assassin’s Creed Mirage. So far, we haven’t heard anything official from Ubisoft outside of a vague 2023 release.