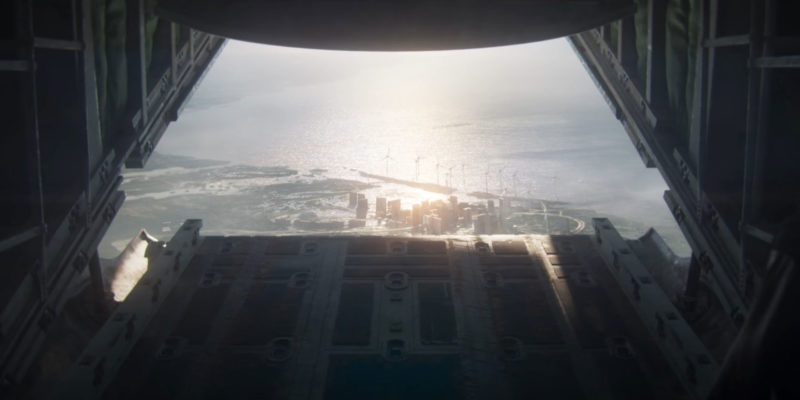 6/20 Update: PUBG’s official YouTube channel uploaded a new video teasing sounds from the new map. It does sound like an airboat cruising around starting at 0:14. And it looks like the Kiki codename will be replaced just like we saw with Tiger becoming Taego.

We also got three in-game screenshots of Kiki. Two resemble environments we would see in Miramar or Taego, but one of them does show off the big city the developers have been hyping since Kiki was first announced.

– The devs promise a level of verticality in Kiki that we haven’t seen before. Buildings won’t be fully explorable, but we will be able to get on top of at least some of them via ‘Ascenders.’ Think the ziplines from Warzone’s Verdansk.

Rooftops will also have emergency parachutes for folks to make a quick getaway.

– A new airboat vehicle will make getting across Kiki’s swamps and wide-open fields a breeze.

Last May, the devs behind PUBG announced they were working on two new maps: Tiger and Kiki. Tiger would become Taego and released a couple of months later. We still haven’t heard much about the second map, Kiki.

Here’s what we know for sure:

– Kiki will be another 8×8 km map. That puts it around the same size as PUBG’s other large maps like Taego, Miramar, and Erangel.

– The developers describe the map as having a “diverse set of locations, from mysterious underground labs to massive skyscrapers, swampland, subways, and underwater buildings.”

–  Last May, the developers stressed work on Kiki was still early. Fast forward to November 2021, and they announced a delay for Kiki until mid-2022. The delay came as development plans shifted to what the team called “another big project that is coming very soon.” They stressed it was not another new game but something else.

– A cinematic trailer from January gave us a sneak peek at Kiki. Most of the trailer is set at the prison on Erangel. But at 1:42, the back of the plane opens, showing a glimpse of Kiki. We see skyscrapers, a bunch of windmills, and a lot of swampy/flooded areas.

What else can we expect from PUBG in 2022? A press release from Krafton (PUBG’s parent company) reiterates a 2022 release for The Callisto Protocol, a horror game set in the PUBG universe.

The Callisto Protocol is being developed by Striking Distance Studios, a dev team led by Glen Schofield (former founder of Sledgehammer Games and creator of Dead Space). This same developer is reportedly working on a new Battle Royale game as well.

I’ll keep this post updated as we learn more about Kiki and any other news about Battle Royale games set in the PUBG universe.