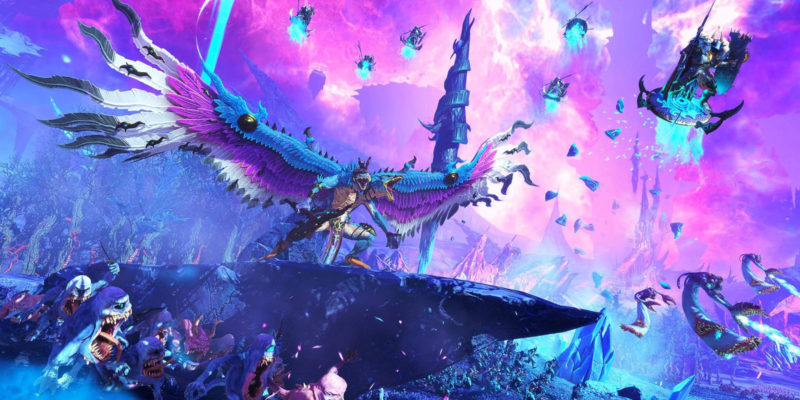 Xbox Game Pass is getting the hook up over the next month with Forza Horizon 5 and Halo: Infinite. But the PC folks are also getting a huge game. Today, Microsoft announced Total War: Warhammer III is coming to the PC side of the service on day one when it releases on February 17, 2022.

First thought? Awesome news. Second thought? How does this affect the Mortal Empires map for those who pick up the game via Game Pass? Mortal Empires takes content from previous games and makes it all playable in one giant campaign map (via a free DLC update). For this to work, you need to own the previous games.

In a FAQ, the Total War developer says they plan to make Total War: Warhammer I and II available on the Epic Games Store and the Windows Store in the future. No specific date was announced.

Here’s a look at some early cinematic gameplay from Total War: Warhammer III.