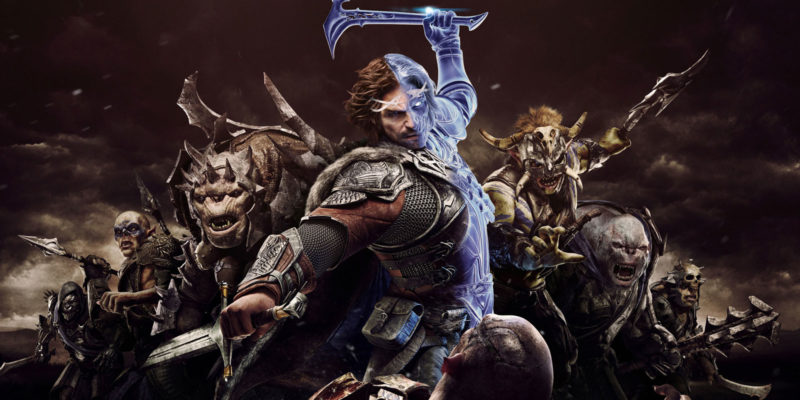 Right now, we know of at least three games in the works. Expect that number to multiply after the recent acquisition of Middle-earth Enterprises by Swedish company Embracer Group. Middle-earth Enterprises holds the worldwide rights to The Lord for the Rings, The Hobbit film trilogies, and other properties tied to the books by J.R.R. Tolkien. This deal also includes video game rights, board games, merchandising, theme parks, and more.

Let’s dive into the games we know about.

The Lord of the Rings: Gollum

Developed by Daedalic Entertainment, Gollum is an action-adventure game with a heavy focus on stealth gameplay. As for the story? Here’s how the devs describe it:

“While being vital to the story by J.R.R. Tolkien, many parts of Gollum’s quest have not been told in detail yet. In The Lord of the Rings: Gollum™ you get to experience this story. From his time as a slave below the Dark Tower to his stay with the Elves of Mirkwood.”

And here’s some gameplay from Gollum.

Yeah, that’s not what most of us were expecting. The YouTube comments don’t pull any punches, with most dinging the game’s graphics. A few weeks after this gameplay video was posted, the game’s official Twitter announced another delay. An exact release date wasn’t given but is being pushed back “by a few months” from its original September 1 date.

I imagine the reception to the gameplay reveal gave the folks at Daedalic Entertainment some pause. We’ll see if the extra few months can smooth over fans’ concerns.

The Lord of the Rings: Return to Moria

Free Range Games and North Beach Games are teaming up to bring the popular survival crafting genre to Middle-earth. Here’s how the developers describe the game.

“Summoned to the Misty Mountains by Lord Gimli Lockbearer, players take control of a company of Dwarves tasked to reclaim the lost spoils from the Dwarven homeland of Moria—known as Khazad-dûm or Dwarrowdelf—in the depths below their very feet. Their quest will require fortitude, delving deep into the Mines of Moria to recover its treasures. Players will join forces to survive, craft, build and explore the iconic, sprawling mines. Courageous expeditioners will need to be vigilant as mysterious dangers await.”

Sounds like your typical survival crafting game, but using the iconic LOTR franchise as a backdrop. Return to Moria promises each playthrough with up to eight players will be different thanks to procedural generation.

No word yet on a release date, but the developers have said they are targeting Spring 2023. You can wishlist the game over at Epic Games.

Weta Workshop, the VFX studio responsible for the original trilogy and the Hobbit trilogy, announced they are working on a The Lord of the Rings game earlier this month. Private Division, a publishing arm under Take-Two, is handling the publishing duties.

Details are understandably light, but here’s what Weta Workshop’s Amie Wolken had to say about the new game. “It’s a privilege to create a new game set in Middle-earth, especially one that’s so different from what fans have played previously,” says Wolken. “As fans ourselves, we’re excited for gamers to explore Middle-earth in a way they never have before, and introduce new fans to the magic of The Lord of the Rings.”

A game “that’s so different from what fans have played previously” has me wondering what Weta Workshop is cooking up. Over the years, we’ve already seen hack-and-slash, RTS, turned-based RPGs, MMOs, and more.

No announced release date on this game yet, but Take-Two is targeting a launch during their fiscal year 2024.

It wouldn’t be a video game tied to a massive franchise without trying to take advantage of the vast mobile gaming market. In May, EA announced it was partnering with Middle-earth Enterprises to develop a free-to-play mobile game called The Lord of the Rings: Heroes of Middle-earth. It’s described as a collectible role-playing game.

From the press release:

The gaming future for The Lord of the Rings should be a busy one. With Embracer Group recently acquiring the IP, look for them to develop and license the property to recoup the purchase tag.

Embracer Group has a ton of in-house developers thanks to their recent acquisition of Crystal Dynamics, Eidos Montreal, Square Enix Montreal, and countless others. Check out all the devs they’ve recently acquired. Plenty of talented teams here could do a LOTR game justice.

One thing is certain, we should expect to see quite a few LOTR games in the next few years. I’ll keep this post updated as we hear more about the games we already know about and any new announcements as they happen.