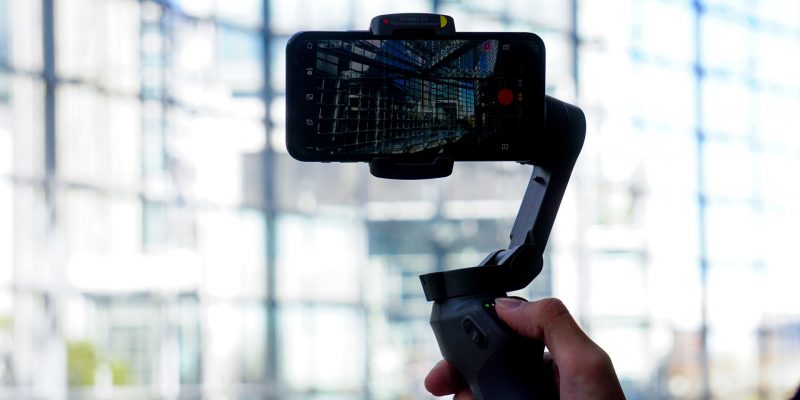 The news of a DJI Osmo Mobile 4 hitting imminently shouldn’t be a shock to anyone. It’s been in the FCC database. We are getting our first glimpse at how DJI plans on getting people to upgrade when we are only a year or so out from the third generation. I know, in pandemic years, it feels like a decade.

The leaked product page comes from PhotoRuomors and shows off an entirely new way to attach your phone to the smartphone gimbal. Magnets.

Yeah, the whole ActiveTrack 3.0 and DynamicZoom sounds great, but ask yourself what holds the Osmo Mobile or any smartphone gimbal back? Mounting the damn thing. Adjusting the clamps, etc. DJI is moving away from the conventional way in favor of a magnet you clamp onto your phone and then the Osmo Mobile 4.

Consider me a lot more intrigued in using it with the quick attach and release. Especially if it works with most cases.

Cue the Youtubers trying to get it to detach on purpose. Wonder what the over/under is on at least one TV having a smartphone slung through it thanks to an overzealous YouTube tech channel?

Why does the DJI Osmo Mobile 4 appear very Apple-ish? The magnet. If you’ve been following rumors surrounding the upcoming Apple iPhone 12, you’re probably a subscriber to EverythingApplePro on YouTube. In particular, his latest leaks and rumors video. I’ve timestamped it below:

Yeah, magnets for wireless charge alignment. Now, I’d love to see the Osmo Mobile 4 double as a battery bank for the iPhone, but that’s probably a bridge too far, considering the cost of the OM4 will stay in the current range of $139 or so. Still, one can wish, and it’s an interesting connection between the two companies.

Before the end of September. It’s already in the FCC database. A product sheet leak. If it makes it past early September without a release, I’ll be surprised. Pricing should remain in the general range as the previous Osmo Mobile generations. A magnet attachment mechanism is great, but it doesn’t necessitate a massive price hike.

After the Osmo Mobile 4, DJI should settle into whatever its fall lineup will look like. My guess? Expect to hear the word Osmo. A lot. And perhaps a dedicated DJI FPV drone, though more on that in a later piece. What about the Mavic 3 and maybe a new Phantom? The pandemic has messed up nearly everything, so while I’d say absent the world being turned upside down to expect it, the current state seems to be nudging towards an early 2021 release.